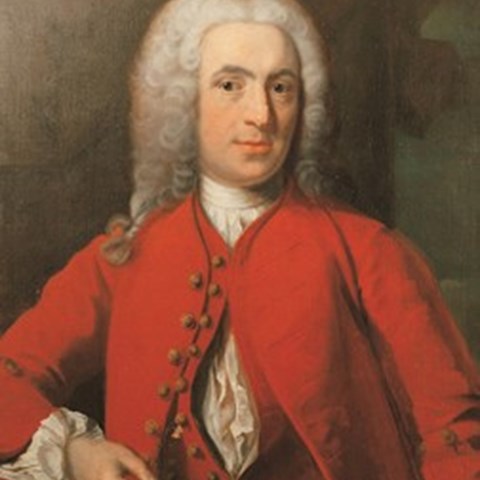 Already by the middle of the 18th century, plant science experiments were carried out in the area around the Research Centre at SLU Lövsta. The experiments were an important stepping stone to the research carried out by SLU today. SLU has had a research facility near Lövsta called Bläckhornet, which like the cattle facility at Kungsängen were built in 1974 and were phased out when the new animal facility at Lövsta was completed in 2011.

Linné follower Pehr Kalm lived at Funbo Lövsta while he was studying in Uppsala. He had already begun to travel to collect plants and knowledge. His great scientific interest led him to being elected to the Academy of Science in 1745, despite still being a student. The major scientific contribution from Pehr Kalm was his trip to America from 1747 to 1751, as one of 19 of Linnés followers. Despite collecting hundreds of species of plants, he failed in his mission of introducing economically important species to the Nordic region. After his return home he worked as a Professor at the Åbo Academy. He was of great importance for the establishment of gardens in Finland, and showed his appreciation through a number of awards

Linnés friend and colleague Sten Carl Bielke (1709–1753), had established substantial plant science experiments at Lövsta by the middle of the 18th century. The experiments were an important stepping stone to the research carried out by SLU today. The site was regularly visited by Linné during his excursions.

The 18th century was a time of enlightenment. There was a strong belief in science. Men believed that God had created everything to be directly or indirectly used by people. The role of science was to find and describe natural resources that were still unknown to man. At Funbo Lövsta Bielke was trying to find plants that would improve the productivity of meadows, provide food for people and be of use in industry. The plants had been collected in Sweden, Finland and Russia.

During the 1740s the experiments were supervised by Pehr Kalm (1716–1779), whilst he studied at Uppsala University. Kalm was one of Linnés most promising students, and was later one of his first disciples on his journey to America in 1748. 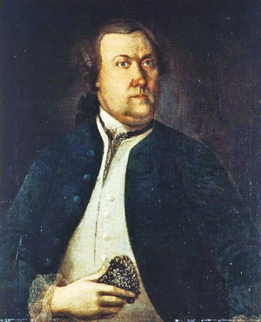 During the 19th century Claes Cederström modernized agriculture at Funbo Lövsta. The farm expanded capacity to 110 dairy cows and 100 followers. The pasture lands were replaced here, like in many places, with arable land. The farm also included a successful stud, breeding and raising horses. The modernization process also changed the buildings, the mansion was altered to its current appearance by the addition of wings and new farm buildings were added. 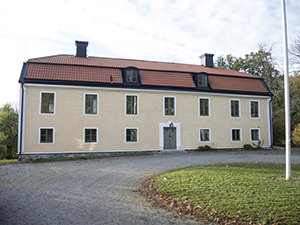 The current appearance of the mansion at Funbo Lövsta. Photo: Jan Petersson

SLU has had a research facility near Lövsta called Bläckhornet, which like the cattle facility at Kungsängen were built in 1974 and were phased out when the new animal housing for the Swedish livestock research centre at Funbo Lövsta was completed in autumn of 2011. 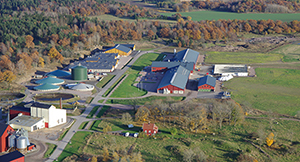 Back to the Swedish Livestock Research Center main page