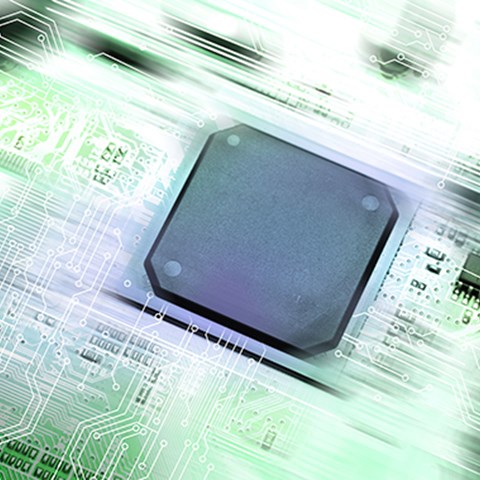 The research at the Beijer Laboratory for Animal Science (BLAS) aims to make better use of data automatically collected at high-tech farms so that management and breeding of future generations of dairy cows may be as efficient as possible.

Data has been routinely collected for more than 60 years through the official milk recording and artificial insemination activities in Sweden, but a large amount of data is now possible to collect in modern dairy farms through sensors and recording systems. In addition, there is an increasing use of molecular characterization of animals on different biological levels through genomics, transcriptomics, proteomics and metabolomics.

This development means that there is now access to large amounts of data (Big data), that often are both heterogeneous and with complex structures. The goal of our research is to use all this data to provide information as optimal as possible. This requires basic research into information management and model development. The focus of the research at BLAS is a combination of mathematics, statistics and computer science (e.g. computational statistics, machine learning and mathematical optimization). A large part of the research is, however, interdisciplinary and involves genetics, animal science, engineering as well as veterinary epidemiology. 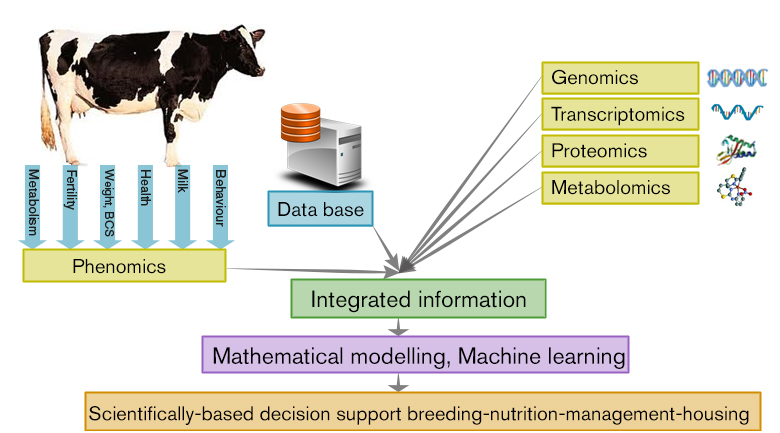 The Beijer Laboratory for Animal Science is one part of the Beijer laboratories in Uppsala, Sweden, and is financed by a donation from the Kjell and Märta Beijers Foundation (Beijerstiftelsen).

Researchers and projects at the Beijer Laboratory of Animal Science

Professor Ulf Emanuelson is the director. Professor Sigrid Agenäs and professor Lars Rönnegård are Beijer researchers. Patrik Waldmann and Majbritt Felleki are alumni, and a number of PhD-students and postdoctors are linked to the laboratory.

The topic for the research group of Sigrid Agenäs is “precision livestock management”. Her ongoing research project is about precision milking.

Milk must be removed from the mammary glands in order to maintain milk synthesis. The milking technology determines the efficiency of the milk removal. One third of the dairy cows in Sweden are milked by robots. The milking robot is a large investment for the farm and it is very important that it is used well. The success of the animal-technology interaction is vital both for farm economy and cow welfare. Robotic milking generate big data that can be used to fine tune the setting of the robot and to develop the understanding of the milking even further.

Milking starts with tactile stimulation of the teats in order to initiate the milk ejection. This is done by cleaning the teats. When the teat cup is attached milk flow increases quickly and reaches a plateu phase that should make up the main part of the milking. Milk flow then decreases and the teat cup is removed. Robotic milking is already adjusted to remove the teat cup from each teat when the flow of milk decreases from that particular teat. However, the possibility to use individualized settings for prestimualtion and massage during milking is not used today. It is for example known that the need for prestimulation increases with time after calving and will test possibilities to include this in the machine settings for milking.

Milk flow data is noisy and the identification of the plateau phase require advanced mathematical modelling. Other important response measures in these projects are milk yield, teat tip condition and the somatic cell count in milk.

The topic for the research group of Lars is “precision livestock breeding” with focus on movement patterns and social interactions of dairy cows.

One of the most important environmental influence on a cow is the social environment induced by surrounding cows. Social interactions can stress cows, which may not only affect animal welfare but also production as stressed cows tend to produce less milk.

Technology is starting to become mature but our knowledge is limited in how behavioural traits affects production traits. We will investigate the possibility to select for increased milk yield considering effects of social interaction with purpose to improve the social environment of the cows.

Examples of other on-going research projects

The Beijer Laboratory for Animal Science is one part of the Beijer laboratories in Uppsala, Sweden, and is financed by a donation from the Kjell and Märta Beijers Foundation (Beijerstiftelsen).

The focus of the research at BLAS is a combination of mathematics, statistics and computer science (e.g. computational statistics, machine learning and mathematical optimization). A large part of the research is, however, interdisciplinary and involves genetics, animal science, engineering as well as veterinary epidemiology.

More about Big Data at SLU (in Swedish only)