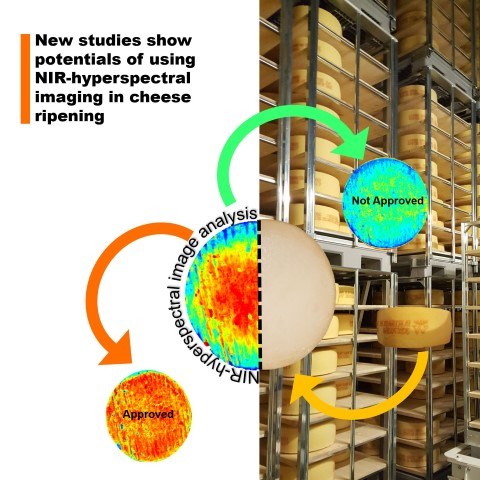 There is a drive towards automation and continuous quality control of cheeses through real-time analysis during the ripening process. Development of novel technologies enable this trend. We present two potential applications of NIR-hyperspectral (NIR-HS) imaging that can be used in cheese ripening facilities.

We used NIR-HS images (consist of three-way data matrixes corresponding to a specific spectrum in each pixel) to study the variation in age-related cheese maturation. This was done using partial least squares regression (multivariate calibration technique) to develop predictive models based on average cheese spectra and defined concepts useful in cheese ripening facilities. In paper I (link below), we linked the NIR spectra of the cheeses for developing a model to predict maturity (M-index), visualizing the variation in maturity of cheeses. The created model achieved 76% predictability. We could also show that maturation of the cheese starts from the core of the wheel and spreads to the periphery. Furthermore, we observed variations in maturity among cheeses of the same production batch, comparing images from the same scanning occasions. Through hyperspectral image analysis, we thus visualized that cheese maturation  varies within and between cheeses. This in turn creates the possibility for efficient planning of the use of costly cheese ripening facilities, to dispatch optimally ripened cheeses promptly to the consumers, and increase the production.

A ripened cheese is approved to be distributed to the market when a sensory panel decides that it has achieved its characteristic flavour, texture and aroma, compared to a standard protocol. Sensory evaluation by a trained test panel is a laborious task, and it is a costly and subjective evaluation. Thus, cheese industry is continually seeking robust and supplementary methods to monitor cheese ripening, and optimize the use of their storage facilities. In paper II (link below), we therefore developed the existing model further, with the objective to investigate if NIR-HS can be used to predict the end-point of cheese ripening (E-index). A model with 69% predictability was developed, which can be used as a supplementary tool to provide an approximate date to determine when the cheese is ready for distribution, to be confirmed by sensory evaluation. In this way, the model will improve the logistic planning for efficient use of the storage facilities and effective distribution of ripened cheeses to consumers.

Summing up, it was concluded that, although both models require further development to improve their accuracy and precision in prediction, NIR-HS image modelling has a potential to be used to predict cheese maturation (M-index) and expected end-date of the ripening of cheeses (E-index). NIR-HS image modelling and visualization has the potential of being a rapid and non-destructive quality characterization tool in cheese production and beyond. 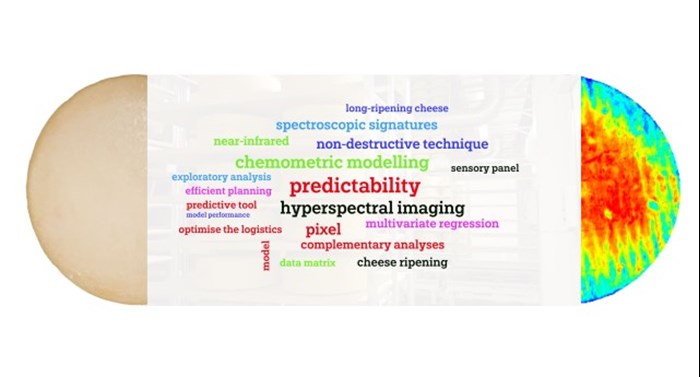 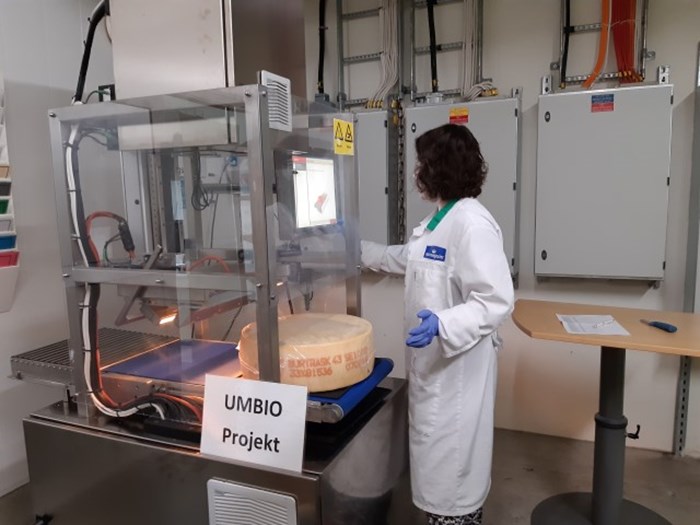 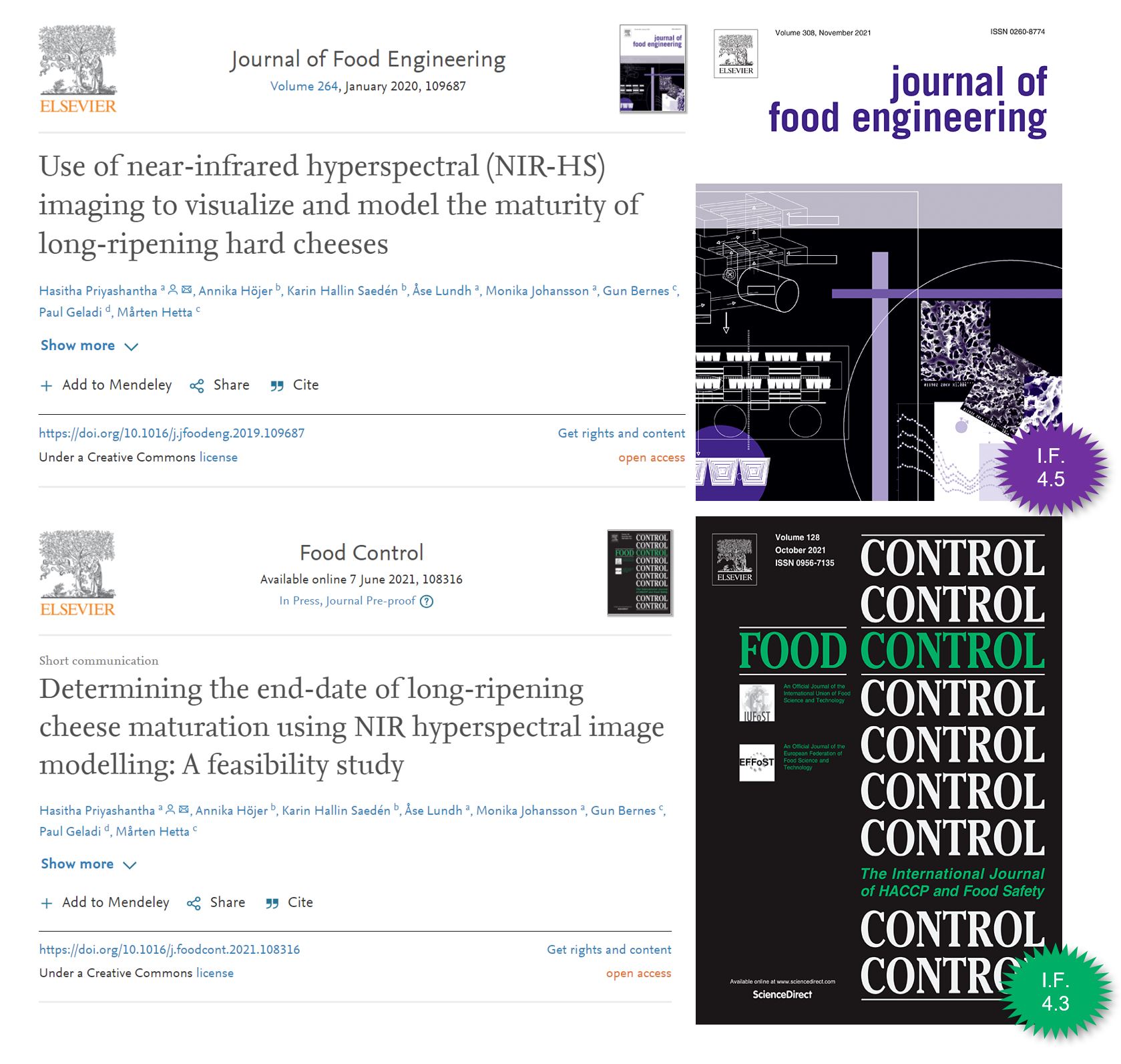