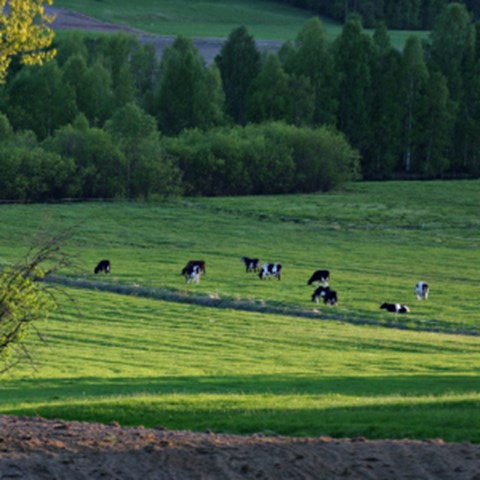 In two companion scientific publications in the Journal of Dairy Science, researchers at SLU report on how Swedish farm milk quality is affected by the dairy farming system (I) and the sampling month (II).

In our research, we study the influence of dairy production systems on milk quality (i.e. composition and properties of farm tank and dairy silo milk) as well as on cheese making properties and ripening time of the resulting cheese. The composition and properties of raw milk are important in cheese making, and especially in the production of long ripening cheese. An increasing variation in cheese ripening time has been observed by the cheese making industry. One hypothesis is that the variation is linked to the intensification in milk production on the farm and that these changes are also reflected in a larger variation in raw milk quality. In our recently published companion papers (Journal of Dairy Science) we report variation in milk quality as influenced by the farming system and season. The study was performed in collaboration between SLU (Uppsala/Umeå), Växa Sverige and the dairy cooperative Norrmejerier and their farmers. The dairy production systems of the 42 participating dairy farms were characterized, and the quality of their tank milk was followed for one year to investigate how factors at the dairy farm level contributed to variation in raw milk quality.

In paper I, we found that raw milk quality is affected by several on-farm factors, e.g. housing and milking system, breed etc., factors that are often confounded. On applying multivariate analysis, two major types of dairy farming systems were distinguished, i.e. (A) smaller, tie-stall farms with Swedish Red and other breeds constituting dominant breed and (B) farms with loose-housing using milking parlour or automatic milking (AMS) with Swedish Holstein as the dominant breed. The farms in group B were larger (higher number of cows) compared to group A. Group A farms produced milk with higher fat and protein, and lower lactose content compared to Group B farms. Moreover, levels of free fatty acids and gel strength were higher in milk from tie-stall compared to AMS farms, whereas somatic cell and total bacteria counts were higher in milk from AMS than in tie-stall farms.

In paper II, we investigated how the same milk quality attributes varied with sampling month. Milk protein content was lower during May-August, compared to the rest of the year, and a similar trend was observed for fat content. Casein micelle size and proteolysis were the milk quality attributes that were most affected by sampling month, with smaller casein micelles and higher proteolytic activity in milk from the outdoor compared to the indoor period. The widely established hypothesis, that milk quality changes are due to differences in feeding regimen, i.e. grazing vs indoor feeding, was not confirmed in this study, suggesting that other factors co-varied with sampling month, to result in the observed seasonal variation. 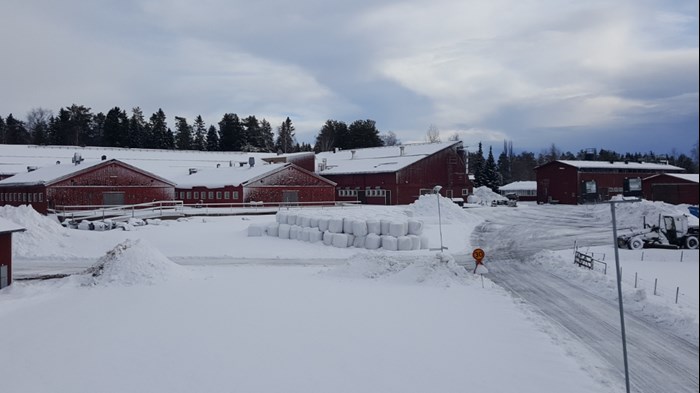 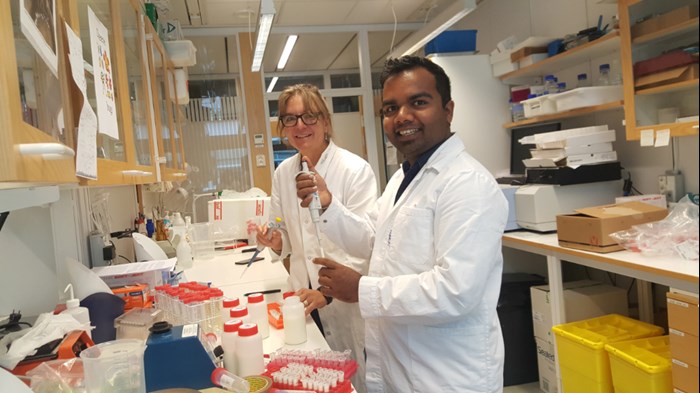 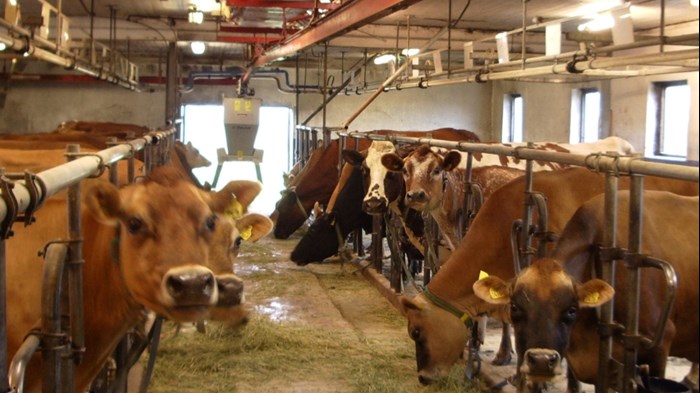 Indoor feeding (silage of grass and clover) of dairy cows in one of the participating dairy farms. 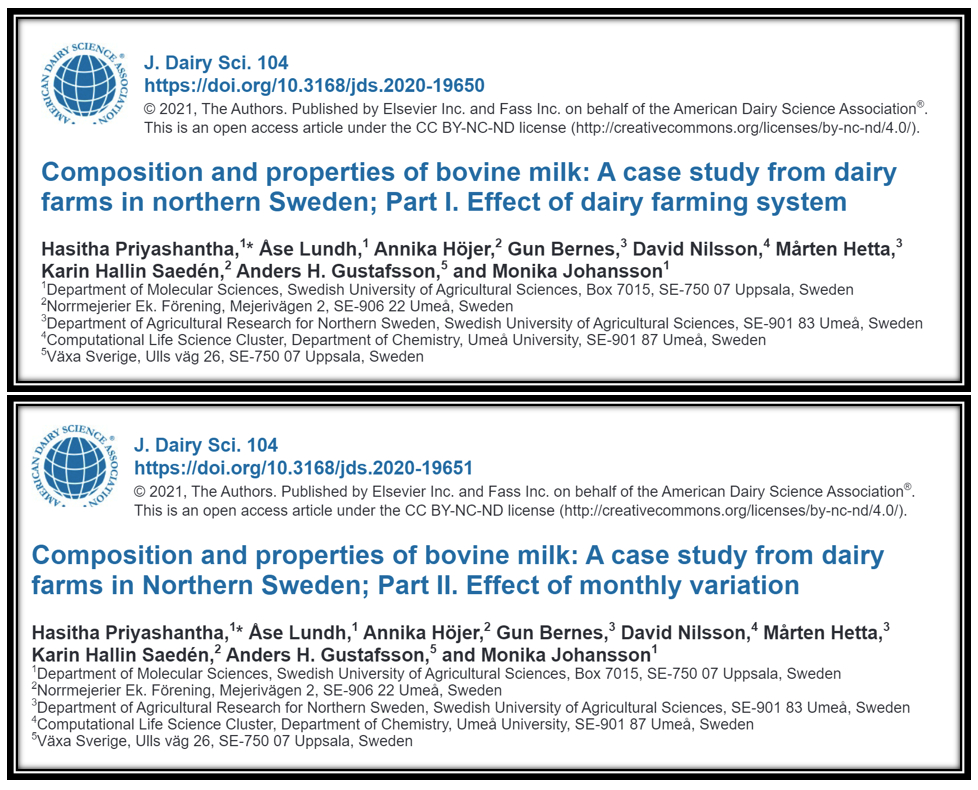