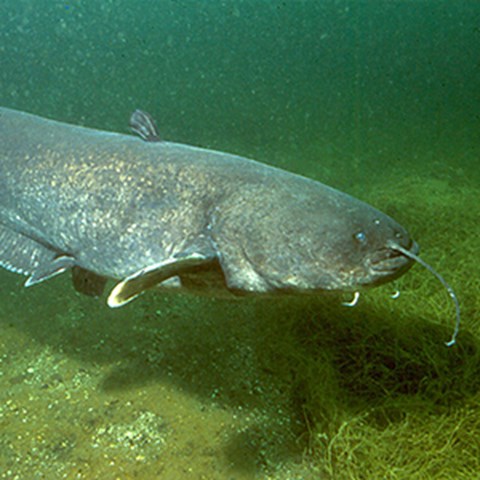 SLU scientists together with Estonian and Czech researchers assembled and annotated the genome of Europe's largest freshwater fish, the wels catfish. By unravelling the genetic code of catfish, scientists hope to better understand the secrets of its rapid growth, stunning appetite and longevity.

The wels catfish can grow up to 5 m in length and weigh up to 300 kg, being one of the largest freshwater fish in the world.  As a top nocturnal predator, catfish eats everything that fits into its wide mouth, including invertebrates, fish, frogs, rodents and birds. When the water is warm and food is plenty, catfish grows very fast - ten year old fish can reach one and a half meters length. For catfish, this is just the start, as it can live up to the age of 80. Not surprisingly, the freshwater giant is highly prized target for trophy fishers and a protagonist of many fishy legends.

Due to its rapid growth and tasty meat, catfish has become an increasingly popular species for aquaculture. However, the lack of genetic information has so far hampered selective breeding and genomic selection efforts in catfish.

The size of the catfish genome is comparable to other bone fish (approximately 800 million nucleotides) and contains over 21 thousand genes.

"The assembled genome is a springboard for further research aimed at addressing the bottlenecks in catfish aquaculture and challenges linked to conservation of wild populations", said Anti Vasemägi.