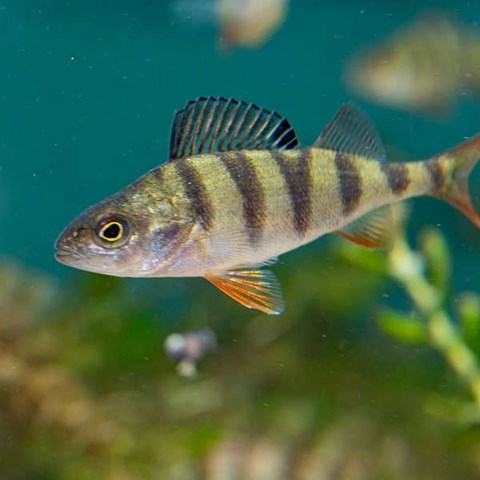 Perch is one of the species that benefits from a warmer climate. Photo: Mark Harris for SLU.

Warmer water and less ice, but also fewer seals and more perch. These are some of the climate effects that we may see more of in the future.

About a hundred researchers have contributed to a summary of the knowledge on how climate change affects the Baltic Sea, and what we can expect to see in the future.

The marine life will also be affected.

Climate change will also affect the goods, benefit and services that ​​we as humans receive from the Baltic Sea, such as fishing, tourism and maritime transport.

Read about and download the analysis at the Helcom web site: Climate Change
in the Baltic Sea 2021 Fact Sheet. About ten experts from SLU are co-authoring the report.

Find research on the Baltic Sea and climate at the Department of Aquatic Resources.

Visit the Baltic Sea Science Center at Skansen in Stockholm. SLU is contributes to the content of the exhibitions and the aquariums.