Effects of the DMRT3 gene differ between racing breeds 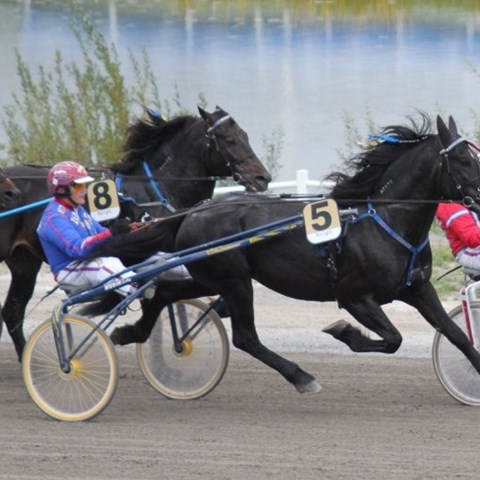 The Swedish-Norwegian Coldblooded trotter (CBT) is a local horse breed in Sweden and Norway mainly used for harness racing. Previous studies have shown that a mutation from cytosine (C) to adenine (A) in the doublesex and mab-3 related transcription factor 3 (DMRT3) gene has a major impact on harness racing performance of different breeds. An association of the DMRT3 mutation with early career performance has also been suggested.

The results suggest no association of the DMRT3 mutation with precocity (i.e. performance at 3 years of age). Only two traits (race time and number of disqualifications) were significantly different between the genotypes, with AA horses having the fastest times and CC horses having the highest number of disqualifications at 3 years of age. The frequency of the AA genotype was significantly lower in the raced CBT sample compared with the unraced sample and less than 50% of the AA horses participated in a race. For the age intervals 3 to 6 and 7 to 10 years the AA horses also failed to demonstrate significantly better performance than the other genotypes.

Although suggested as the most favorable genotype for racing performance in Standardbreds and Finnhorses across all ages, the AA genotype does not appear to be associated with superior performance, early or late, in the racing career of CBTs.

The study was partly financed by The Swedish-Norwegian Foundation for Equine Research.