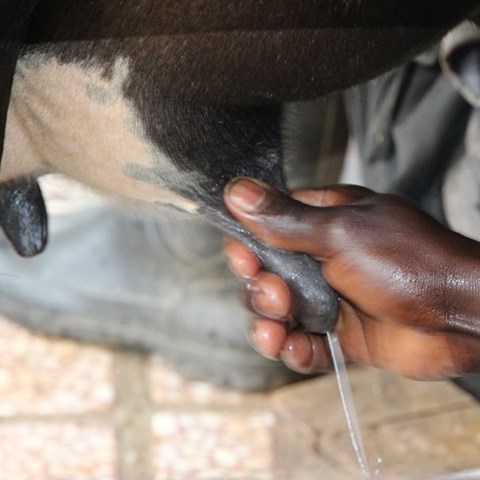 Dairy cows have cultural and economic importance in Rwanda, and are needed for enhanced human nutrition and food security. The Rwandan Ministry of Agriculture has prioritized research aiming at disease control for increased dairy production and productivity. Mastitis is one of the most common diseases in dairy cows. The disease lower the milk yield, also in cows with subclinical mastitis (without visible changes in udder and milk).

Subclinical mastitis constitute a majority of the cases, and besides lowering the production they maintain an infection reservoir in the herd, exposing healthy cows to contagious pathogens.

Researchers from SLU have studied mastitis in Rwanda in collaboration with University of Rwanda, the National Veterinary Institute in Sweden, and Sweden's largest farmer advisory service organization, Växa Sverige. In the study, 256 cows in 25 herds were included in the central Kigali region.

The average somatic cell count, an inflammation indicator in the udder as a response to intramammary infection, was high, more than one million cells per ml bulk tank milk. Subclinical mastitis was found in 43 % of the herds and in 76 % of the cows. Contagious bacteria, namely non-aureus staphylococci and Staphylococcus aureus, were the most prevalent pathogens, and 77 % of them were resistant to penicillin. Older cows of the Holstein breed had 2.5 times higher odds of having subclinical mastitis than younger cows, and 10 times higher odds than cows of other breeds.

The study concludes that there is potential to increase dairy production in Rwanda if udder health is improved.