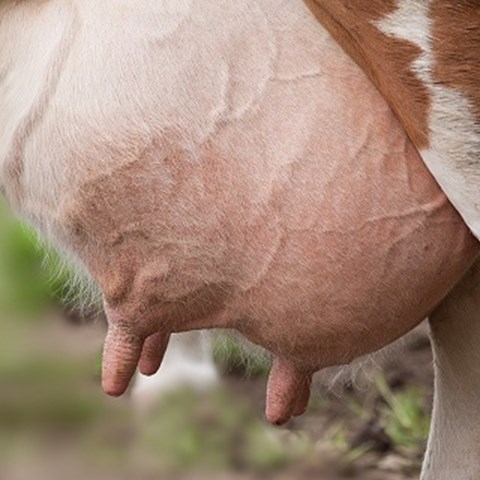 Administration of colostrum to the newborn calf before gut closure is pivotal to its health, because of the transfer of passive immunity. Traditionally, passive immunity has been attributed to the transfer of immunoglobulins although it is increasingly clear that multiple other factors contribute, including innate immune proteins, developmental factors, immunomodulatory factors, and the presence of cellular immunity.

The objective of this study was to produce a comprehensive comparison of the bovine colostrum proteome and the milk proteome by applying 2-dimensional liquid chromatography-tandem mass spectrometry. Further, the objectives were to rank proteins mutually and generate protein ratios from the spectral counts of the 2 proteomes and ELISA to gain insight into which proteins could be of most relevance to neonatal calf health.

Ranking of proteins mutually and calculating protein ratios based on spectral counts and ELISA resulted in new information on how proteins were associated with the fluid or cellular fraction of the samples. Interestingly, despite lower counts/concentrations than the classical proteins such as immunoglobulins, β-lactoglobulin, and lactotransferrin, several proteins appeared in higher or similar colostrum:milk spectral count ratios as these. Using this approach indicated, for example, that osteopontin, haptoglobin, milk amyloid A, and gelsolin may be interesting molecules to study in detail in their relation to calf health.

Although the sensitivity, identification, and ranking of proteins varied between the 2 methods, and proteome analysis clearly suffers from low sensitivity, we believe that this idea and approach of generating ratios and ranking proteins can contribute new information and perspectives on how to prioritize the importance of multiple proteins, beyond immunoglobulins, in relation to neonatal calf health.