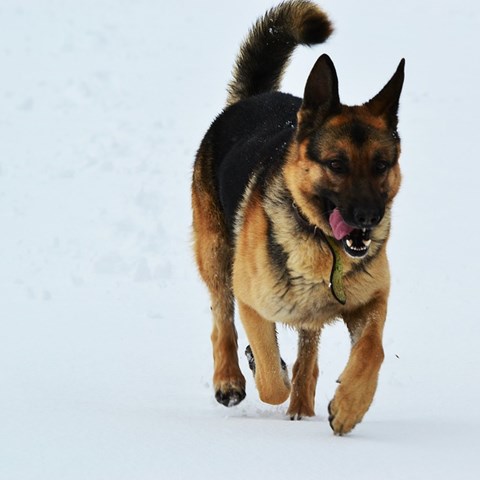 A favourable genetic structure and diversity of behavioural features highlights the potential of dogs for studying the genetic architecture of behaviour traits. However, behaviours are complex traits, which have been shown to be influenced by numerous genetic and non-genetic factors, complicating their analysis.

By combining these complementary methods we endeavoured to increase the power to detect loci with small effects. Several behavioural traits exhibited moderate heritabilities, with the highest identified for Human-directed playfulness, a trait characterised by positive interactions with humans. We identified several genomic regions associated with one or more of the analysed behaviour traits. Some candidate genes located in these regions were previously linked to behavioural disorders in humans, suggesting a new context for their influence on behaviour characteristics.

Overall, the results support dogs as a valuable resource to dissect the genetic architecture of behaviour traits and also highlight the value of focusing on a single breed in order to control for background genetic effects and thus avoid limitations of between-breed analyses.