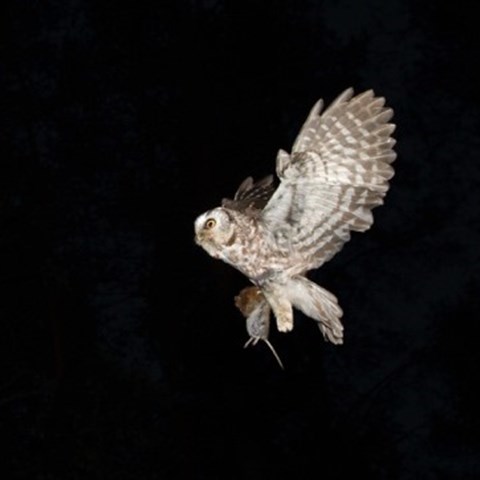 Measurement in the form of integrated time series on the dynamics of small rodents and other small mammals, predators and zoonotic pathogens along a climate gradient from the coast via the inlands to the mountains in Västerbotten.

Measurement in the form of integrated time series of the dynamics of small rodents (and other small mammals), predators (with Tengmalm's owl as model species) and zoonotic pathogens (under development; with Puumala virus, the pathogen causing nephropatia epidemica) and landscape changes (under development) along a climate gradient from the coast (Umeå area) via the inlands (Vindeln area) to the mountains (Ammarnäs area) in Västerbotten with the aim to provde the basis for environmental monitoring and assessment as well as research on the effect of especially climate and landscape change. The time series on small rodents in the areas of Vindeln (1971-) and Ammanräs (1995-) are part of the monitoring of small mammals within the National Environmental Monitoring Programme (NEMP) administrated by the Swedish Environmental Protection Agency.