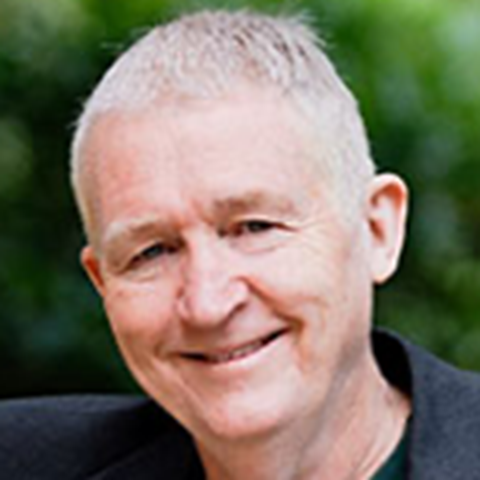 Blog post written by Dr Marcus Bussey, Senior Lecturer in History and Future Studies and Futurist at the University of the Sunshine Coast, Australia.

When we face problems, we tend to turn to experience to deal with them. Our experience might be firsthand or tapping into a broader cultural database that may be years, decades, centuries or even millennia old. Anticipation relies on such experiences. If Christmas is coming, we most likely remember past Christmases and we start to fill in the possibilities for the coming festival. If we have been invited for a walk in the forest, we may remember that the last time we visited a forest we were chased by a bear, then break out in a cold sweat and decline the invitation.

Our memories link up with our imagination in anticipating possible outcomes for an action, a time, a place and so on. From this perspective, our memories are narrative constructions of the past imported into the present. I argue that this process, which we can call ‘systemic’ imagination and which we rely on every day, works with narratives in constructing future scenarios. In a ‘business as usual’ situation, when the world is well behaved, ordered and predictable, such an imagination serves us well. However, where problems are contested and wicked, and where there is a great deal of uncertainty, we cannot rely on this kind of systemic imagination. We rather hit an ‘imagination wall’ and our narrative capacity falters.

It is important to understand that any ‘business as usual’ world exerts a dampening field that excludes or marginalises alternatives. The imagination in such a world is domesticated and passive because it is at the service of a specific system or paradigm and a set of implicit assumptions that play to a set of dominant groups. The power of the ‘imagination wall’ is demonstrated by the struggle to imagine beyond current economic, political, ecological, social and even personal futures horizons. I argue that to democratise knowledge production and challenge who’s in and who’s out, and thereby enable a more expanded ‘anticipatory’ imagination, co-production principles need to be developed.

When we train the anticipatory imagination, when we explore new imaginative tools, and when we do it together, the imagination is capable of being much more than a memory data set. We already know this, as co-creativity is the dynamic that produces the world. We are born into history and culture, our language as a collective asset is evolving, our ability to anticipate within this world is always open to the new but constrained by traditions and the values and assumptions these reinforce.

This understanding is at the heart of the Mistra Environmental Communication programme. In our case studies focusing on 1. carbon farming, 2. forest fires and 3. eco-burials, we aim to foster new imaginative and anticipatory literacies for more actors, in relation to a wicked set of problems, and to contribute to a better future. While imagination today is severely undervalued in a knowledge context, literacy – the ability to sense-make, see patterns, derive complex new meanings and develop and share insights in literate communities – can be extended with anticipatory imagination as an important component.

To survive in (and in fact, to create) the modern industrial world, we have developed linear forms of strategic thinking. In a complex world with threatening system failures, I would argue that we need to unleash our anticipatory capacity. In a recent publication, I note:

[…] anticipatory systems are built into the DNA of all living things. As humans evolved into cultural beings, whilst retaining (but taming a little) their instinctual beingness, anticipation became an increasingly cognitive, intuitive and emotional dimension of human processes (Bussey 2020, p. 88).

With a deep appreciation of the evolutionary, I find it important to appreciate this point in the totally new conditions facing us today.

Linked to the anticipatory imagination is innovation. Innovation, I would argue, calls for hybridity, requires trust in alternatives and a preparedness to make mistakes and, importantly, to play. Play, the testing in safe spaces of ideas via hypotheticals, scenarios and games, pushes us into new territory. Can, then, the anticipatory imagination come alive through co-creative play, and help us create an inclusive context for a better future?

It is my experience from life, workshops and lectures that the anticipatory imagination can be a tool here, as it offers the following:

In aiming to build a futures-literate sustainability community, we will explore co-creative frameworks, such as a Co-Creation Lab. There, we will acknowledge that people are responding to the world’s critical conditions from within deeply entrenched positions that currently sit at, and sustain, the heart of their identities. Each position makes sense to those who inhabit it. Each position sustains them, yet any single position often fails to capture the whole. It maintains instead a single possibility. Acknowledging the different identities, interests and positions, co-production of meaning and knowledge in Mistra Environmental Communication aims to move from the singular to the uncertainty, possibility and complexity of society as a collective.

Sustainability itself then, I anticipate, becomes a conversation about meaning, purpose and possibility. It is about the plural in all things, yet it is not relativist: rather it seeks to develop a set of ethical and practical approaches to address future problems for all stakeholders. It is long term thinking in the short term. It is not about being greener and more enlightened than the guys down the road. Instead, it is about inspiration, creativity and meaning-making together with those guys.