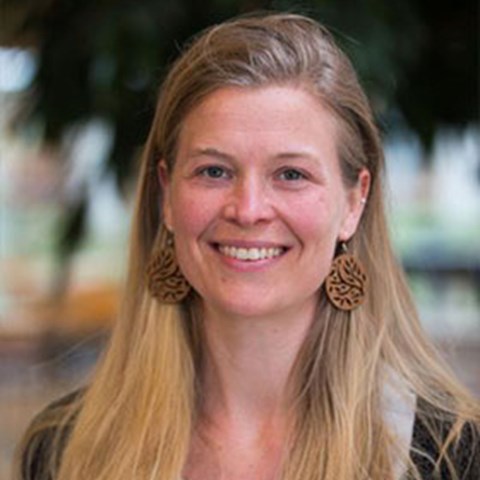 Sanna Barrineau , PhD candidate at the University of the Sunshine Coast

What is problematic with our current food production systems? What are the kinds of futures we want? What seeds of good practice are there today that we want to grow and cultivate? How do we get there?

Blog post written by Sanna Barrineau, PhD candidate at the University of the Sunshine Coast.

As a social scientist and hobby gardener, I am far from understanding the intricacies of growing food to feed a country, let alone how soil carbon sequestration happens. It was a humbling experience to be introduced to the generosity, collective know-how, and collegiality in that barn and to the respect folks showed to the diversity of life, including all the unknowns encompassed by that life.

Thinking back on these two days, I was struck by the subtle lack of interest in carbon specifically. Perhaps this sounds odd, given the carbon farming context, but, on the other hand, the isolation and abstraction of carbon as the element of importance was hard to resonate with many in the room. I noticed a richness of ideas – how to renew our relationships to food, how to build collaborative farms, increase biodiversity and mycorrhizal networks that benefit and build soil hummus, education and training initiatives to bring back artisanal crafts, and network building, to name just a few.

What I then began to feel unsettled by was the lurking presence of “the market” tied to the need to measure soil carbon to persuade the rest of the “value chain” of the virtue of transitioning to regenerative agriculture; the way that some invisible force kept drawing the vibrant conversations back to a “reality” of economic profitability like some black hole, or like a tamer of wild animals, forcing unbridled creativity backwards into the cage where it can do no harm. I experienced several moments where this reality, steered chiefly by actors outside that barn, was referred to as a barrier to change by participants; as a persistent presence or fixed condition, something that could be problematic for the types of shifts they felt are necessary. As one participant aptly pointed out, many agricultural methods that are good for the soil and the farmer are not incentivized as they are not as profitable for “the system” and those that drive it.

“Carbon is a ‘virtuous’ commodity”

Carbon markets play the role of selling the units of sequestered soil carbon that farmers achieve and, in this way, actively shape a society where the carbon economy just “becomes the ‘right thing”(Paterson & Stripple 2012, p.579); since we are equipped with the technology to help us calculate soil carbon (though changes in soil carbon are much trickier to understand), and that also tells us how we are doing with our carbon budget, then it is also the “right thing” to do. These carbon markets thus operate with the logic that they are self-evidently good because it means steps are being taken to address climate change. As Paterson and Stripple have put it, carbon is a “virtuous” commodity. This kind of abstraction of soil carbon into carbon credits seems to construct and constrict a space of possibilities namely for those being called to sequester greenhouse gases by harnessing alternative land management techniques and for those who participate in the food production system. For these actors, the possibility to choose between different futures thus gets framed by a restricted set of measurable variables, which favour “calculated quantitative identities” over “qualitative differences” (Romanyshyn 2012 as cited in Groves 2017, p.34). While carbon markets per se stayed at the periphery of this workshop’s focus, economic compensation for making changes towards regenerative and carbon storing agricultural methods was high on the list of priorities for farmers, making them prospective participants in these markets.

Given the workshop organisers’ explicit focus on justice and equality expressed by the frameworks of planetary boundaries and doughnut economics, which is guided by a move from degenerative to regenerative and divisive to distributive economies, I have started to wonder what effect this ubiquitous yet abstracted market mentality can have on not only acting for desirable futures but also feeling empowered to do so? What does it do to collective meaning making in transition movements?

I recently read a thought-provoking piece by Nora Bateson (2021) where she mused about ecologies of communication. Bateson writes: “Communication is not what has been said. It is what is possible to say – and that is guarded by the implicit messages inherent in the relationships.” Ecologies of communication affect what we are able to say. The framing of the workshop and the types of questions posed there are all part of the scaffolding of input from participants. However, more importantly for this context, is the backdrop of carbon markets and the promise of calculated futures. Does this allow for communication about non-human life, for example, soil life? About the numerous challenges and priorities of people growing food? My hunch is that within the construct of “carbon farming”, the obligation to the moral economy of virtuous markets obstructs conversations and hijacks the incredible regenerative force of grassroots initiatives such as this workshop.

Even though soil carbon did not take the spotlight among the variety of important topics, challenges, and ideas that cropped up during the workshop, I sensed trepidation at the projected futures of careful and rigorous measuring lying just beneath the burgeoning hope of the regenerative agriculture movement. Yet networking, sharing experiences, farm visits, experimentation, which are also part of the ecology of communication, are alive and blossoming in this complex transitional terrain. This is a shift away from traditional and often simplified scientific studies and consultation oriented towards the short-term to guide farmers in choosing “good” practices. It is so far manifesting as an ad-hoc and socially mobilized learning, opening up for new voices and experiences while unsettling the expert-driven knowledge production cycles.

In lifting this challenging ongoing work in Sweden, my wish is to emphasize the power of such a movement to shift the conversation. I get inspiration from scholar Maria Puig de la Bellacasa, who reflects that the ways that we think about soils affect how we take care of soils and vice versa – how we take care of soils affects how we think about soils (Puig de la Bellacasa 2015, p.692). If we must take care of the soil with the goal of carbon sequestration, then that mode of care will reflect how we think about soil – an abstractable, commensurable unit. However, if the goal is healthy, life-supporting ecosystems and perhaps even “healthy” economies, then let’s harness all the different ways we care and make the conversation about that.

*This title is inspired by my colleague at Uppsala University, Lovísa Eiríksdóttir, who researching how we move from control to care in business education.