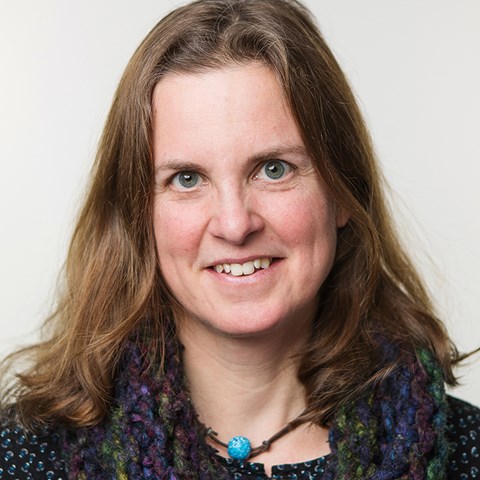 This blogpost is the second of a series of pieces reflecting on the communication of climate change, drawing on Erika Bjerström’s book Klimatkrisens Sverige (2020) to examine and illustrate key aspects of environmental communication. The first blogpost explores the role of emotions, specifically grief and hope, in communication about climate change. In this second post, we look at communication as a constitutive process, that is, a process that shapes how we make sense of the world.

Here you can find the first blog post: Grief and hope in Bjerströms Sweden.

One thing that journalists and researchers have in common – as different as our perspectives might be – is that it is part of our job to share knowledge about issues that are seen as important and relevant – and this is actually also a task for many other professionals, in other fields of practice. But how do we do that if we are working on climate change, an area that is, arguably, incredibly important and relevant, but at the same time already more than saturated with information, expressions of opinion and critical analysis?

Erika Bjerström, the Swedish public service broadcaster SVT’s climate correspondent, has decades’ worth of experience in this field, writing and commenting on environmental problems, in Sweden and elsewhere, since the late 1980s. She, too, has sometimes been feeling resigned in the face of this challenge: News about climate change impacts and environmental catastrophes abroad, no matter how tragic and how engagingly presented, don’t elicit much reaction in the Swedish public – these things just happen too far away from the audience to have any real effect. Many people are, of course, already very well informed and concerned about climate change – but how can we speak to those that are not? Are there other ways of getting people to engage with climate change and the challenges that might arise from it?

In her recent book Klimatkrisens Sverige, Erika Bjerström develops a narrative of climate change that she hopes will speak to new and different audiences beyond the usual, climate-engaged suspects; a narrative that focuses on what we could call natural heritage. We can think of natural heritage here in a broad sense, as “natural resources as handed down to the present generation” (InforMEA), including all flora and fauna, geology and landscapes.

In my view, Erika Bjerström’s engaging account of the changes in Sweden’s nature that scientists and land managers have already been observing captures exactly this: Sweden’s diverse natural heritage, in the hands of present generations, and which ought to be passed on to our children and grandchildren, is losing a lot of what we now still see as typical, characteristic or quintessential: Arctic foxes, lingonberry and blaeberry, the fjäll landscape, and the much-loved harbingers of spring: flowers like wood anemones and hepatica.

Of course, it is very easy to deconstruct, criticize and dismiss this idea of nature as anthropocentric and unduly focused on a specific ‘state’ of nature. However, in many ways, I am quite sympathetic to the rather inclusive understanding of natural heritage that Erika Bjerström expresses: She communicates concern not only about ‘special’, spectacular or rare nature, or about places and species that are formally designated – she raises concern about everything in nature that we care about, regardless of whether our care is grounded in its beauty, its specialness, its usefulness or its mere existence: “But just as I wonder if the verse ‘you fjäll-high north’ in the Swedish national anthem is still going to be understandable when the open, montane fjäll landscape is covered in scrub, maybe future troubadours will sing of a completely different landscape, with Japanese knotweed, hoopoes, lupines and snowball bushes” (p. 87).

By doing so, Bjerström is constituting and developing a perspective that has not been very prominent in the Swedish climate change debate so far: Climate change is not only happening far away, it is also happening right here, and it means that we are losing our own – our local – natural heritage. In this way, she does not just communicate a simple, straightforward message. She endeavours to construct a new perspective, a perspective that puts natural heritage in the limelight.

This is a very rational step that follows on logically from her international experience. The natural heritage frame is designed to speak to those who maybe have not been emotionally engaged with climate change before, but who care about the natural environment around the place where they live, where they grew up, around their summer house, and about the nature described in books, films and songs, the nature that is connected to Swedish regional cultures. The hope is that people pick up this book and engage with climate change questions in a way that transcends traditional political party boundaries.

At least for some, she does. Björn Wiman writes in Dagens Nyheter on Midsummer Day: (Erika Bjerström’s book) “evokes love of the country we live in – and a desire to save as much as possible of all that might get lost”. More generally, though, the natural heritage frame does not seem to have gained as much traction as one might have hoped. Why not? Two thoughts come to mind.

First, it might be seen as cynical to mourn the loss of a rare bumblebee species and the Arctic fox (as much as I personally empathise with this) if elsewhere, people are starving because they have been hit by several, likely climate-change induced, droughts and floods in a row. Flamman’s commentator Rasmus Landström, for one, seems to think along those lines. And yes, that’s probably a typical reaction by those who are already concerned about climate change anyway. But if we take the argument one step further that we should be concerned about climate change because our natural heritage is affected, what remains of this concern if it turns out climate impacts on natural heritage are less severe than expected, or if I don’t care about natural heritage anyway? If natural heritage is a reference point that is situated in time, place and cultural context (just as Bjerström points out when she talks about the Swedish national anthem), what happens if references change – does the heritage then lose its value? Aspects of nature that we highly value today might not actually have been valued by past generations – and might not be valued in the future, as their meaning changes. Following Klimatkrisens Sverige’s logic, this will then have implications for our motivation to act against climate change. Does this argumentation crowd out other forms of motivation to care about climate change that are potentially more long-lasting?

Second, it struck me (as well as Erika Bjerström herself) that even the researchers she interviewed, who are closely engaging on a daily basis with the impacts of climate change on Sweden’s natural environment, are more worried about the social and political impacts of climate change and the potential threat to democracy than about the ecological consequences. So, we could ask, why should the reader? Should they not also be more concerned about the social and political implications than about the natural heritage?

For me, two of the key sentences in Klimatkrisens Sverige, are these ones: “Sometimes, it is unbearably difficult for the human brain to weigh up and understand the extent of all that happens. In some way, it is then easier to think of lingonberries than of refugee waves” (p. 113). I couldn’t agree more with the first sentence. But I am not sure about the second – is it really easier? And if so, is it then helpful to focus on lingonberry rather than climate refugees?

Maybe we do need another book, one that engages with exactly those political and social implications of climate change that people worry about. And maybe we all need to understand climate change in our own bodies and lives, just as my colleague Stina Powell has described it drawing on her own experience of the forest fires in Australia, before we are ready for the changes that are needed to combat climate change. Many of us have already understood this and worry about climate change every day – but those who don’t might not react to a book either. 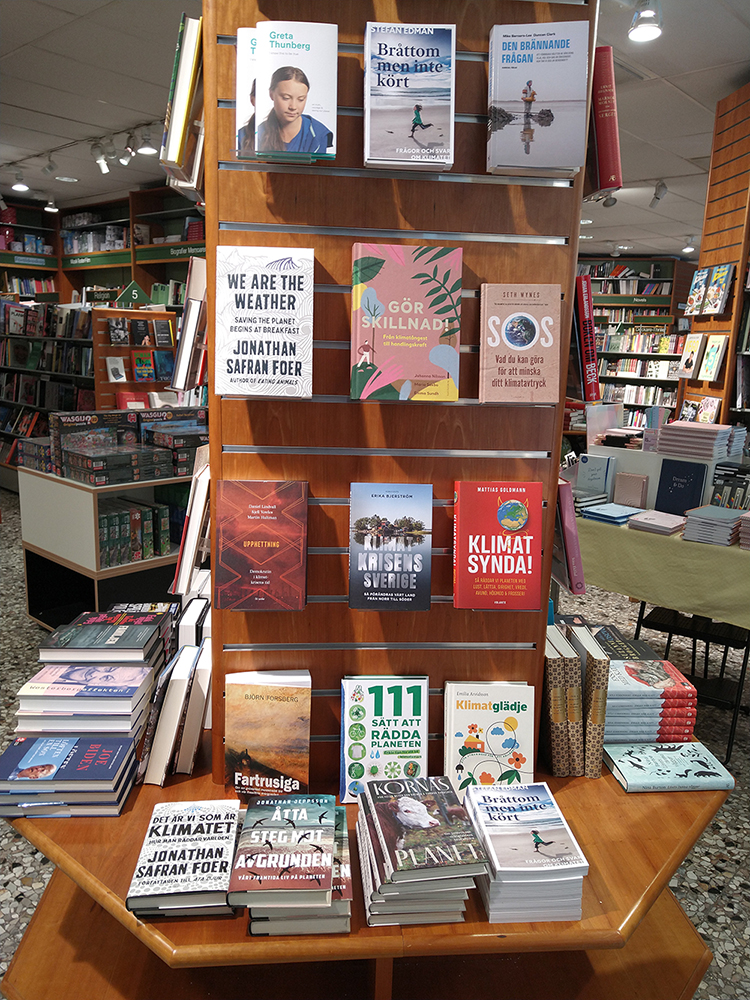 Climate related books in a Swedish bookshop in 2020.