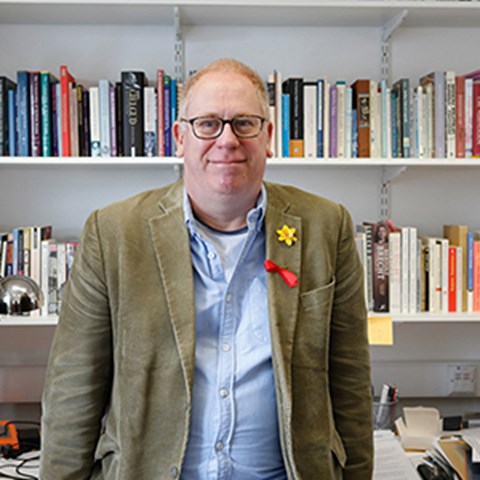 In her 2006 book It Was Like a Fever: Storytelling in Protest and Politics, the sociologist and political scientist Francesca Polletta declares that “[i]n recent years, storytelling has been promoted in surprising places” (2006, 1). As a proclamation it is both true and false.

It is true because Polletta is placing her discussion within the context of what has been called the Narrative Turn, a revival of interest in narrative and storytelling as the primary way that human beings make sense of the world around them and their interactions with it. But more than being simply a sense-making tool, storytelling is at the heart of our existence as social animals. It is the way that we build our identities and convey them, as we negotiate our relationships and interactions with each other. It is this centrality of storytelling to our lives that has led to writers such as Joseph Gold and Jonathan Gottschall, among others, describing human beings as Homo narrans and Homo fictus respectively.

Our ability to tell each other stories is what defines us as a species. Polletta is right: the rise in interest in storytelling has meant that it can now be found in surprising places. As someone who has been researching storytelling for nearly 30 years, I know that at the beginning of my career, my academic interest in storytelling was looked upon with a mixture of bewilderment and amusement by those outside of my discipline; now I find everyone in the academy using the storytelling lexicon. I knew things had really changed when in 2012 I was invited to the Cabinet Office in Whitehall, the home of the UK Government and the Civil Service that supports it, to talk to a group of senior civil servants about the potential role of storytelling in policymaking. Now that is a surprising place.

It is also false for exactly the same reasons. If storytelling is a ubiquitous feature of human culture and behaviour, then surely it is not surprising to find it in every nook and cranny where humans have ventured. There are no surprising places at all – the only surprise is that it has taken so long for us to realise it.

A (not so) surprising place

One of these (not so) surprising places is in Environmental Science. The sub-discipline of Environmental Humanities, which although rooted in developments of the late twentieth century only consolidated itself into a coherent field in the early 2000s, embraces a broad range of disciplines in the arts and humanities, but storytelling is a core element. If the primary cause of the current environmental crisis is human behaviour, then we need to fundamentally address human-environment interactions and what better way to do that than through storytelling.

Storytelling is more than a way of processing experience and converting it into knowledge (as important as that is), but it is also a way in which we construct, convey and modify our values and beliefs. Stories do not exist in isolation and neither are they fixed. They are fluid entities and when they come into contact with other stories, they sometimes become stronger and they sometimes disintegrate and reform as new stories. In this way, stories are not stable – they are shape-shifters, adapting to the circumstances. They are ways of thinking about problems, about our values and of testing those things against the stories of others. Unlike the paradigm of scientific knowledge which seeks certainty through provable evidence, storytelling knowledge is less concerned with certainty and even reliability. Storytelling is, in fact, an uncertain and messy art, but in these uncertain and messy times we need both stories and science to guide us.

The battle between truth and lies

The real battle is not between science and storytelling, but between truth and lies. We should not pretend that storytelling is always a good thing and that all storytellers are to be trusted. There are plenty of charlatans and confidence tricksters out there who are peddling lies as truth in order to retain power and wealth. But storytelling enables us to call them out, to discriminate between truth and lies. One story inevitably invites another and so it is that by the telling of our own stories, and placing them next to the stories told to us, that we are able to test their veracity. In addition, the more we immerse ourselves in storytelling, the better we become at understanding the means and devices by which stories and their truths are constructed, manipulated and disseminated. We are improving what we might call our ‘story-literacy’. By telling our own stories we are not only making our voices heard, but we are also saying that we too are storytellers and we know how this business works. The better our own storytelling skills, the better our defence against the liars.

In the struggle to live more sustainable lives, our stories have the ability to show us the way, to enable us to innovate and to dream of the futures we want. In this way storytelling is a collaborative art and its knowledge is co-produced. Every telling of a story is also an act of listening, and every act of listening is an act of re-telling. So it is that meaning and knowledge are created not solely in the mouth of the teller or the ear of the listener, but in the space between telling and listening. It is this idea of the co-production of knowledge between researchers, stakeholders and publics that is made possible through storytelling and what makes the work of the Mistra Environmental Communication programme so appealing, so vital, so urgent. Through this programme I am looking forward to working with colleagues to explore ways of bringing together different kinds of knowledge and thinking to address the climate crisis facing us. It is storytelling and science together that make me optimistic.

Check out some of Michael’s work with storytelling here.