Sweden as a post-carbon idyll 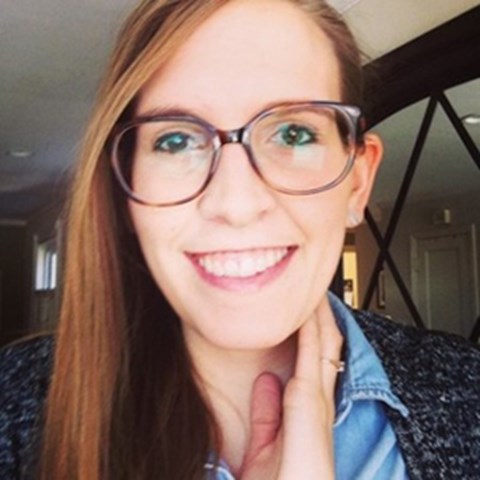 Amelia Mutter, PhD in technology and social change, continues the blog series based on the book Klimatkrisens Sverige (2020) by Erika Bjerström.

Last year, journalist Erika Bjerström released a new book, Klimatkrisens Sverige, outlining the changes that Sweden can be expected to face as a result of climate change. In the book, Bjerström emphasizes the losses to Swedish nature from the disappearance of arctic species in the north, to rising coastlines in the south. These changes will include the disappearance of our natural heritage, as landscapes and the species that they host will change with the warming climate (for more on this, see the previous blog post by Anke Fischer). With her book, Bjerström tugs at the heartstrings of many Swedes by painting a picture of a future without the beloved natural landscapes which are central to Swedish culture and reminds her readers that climate change is also happening here at home.

Despite everything, Sweden leads the way

The open discussion of natural loss has led to some, including Bjerström herself, describing the book as a ‘sorrow song’. At the same time, it counteracts this feeling by introducing discussion on present and possible solutions to climate change and its impacts. In this manner, Klimatkrisens Sverige also engages with an imaginary of the future where climate change mitigation is possible. While this imaginary is present in several sections of the book, it is most prevalent in the final chapter: Despite everything, Sweden leads the way, which discusses best practices and national environmental policy and includes an interview with climate policy expert Svante Axelsson. This chapter solidifies an imaginary where Sweden acts as a front runner in climate innovation, with both industry and government playing central roles. This imaginary is most evident in the interview with Axelsson who is the former general secretary of the Swedish Society for Nature Conservation and the current national coordinator of Fossil Free Sweden. In summarizing his imaginary, Bjerström writes (p. 217):

Svante Axelsson is convinced that Sweden will win the contest to accomplish huge technological leaps and be the first in the world with a fossil fuel free society. He is sure that Sweden will become a ‘permanent world exhibition’ for green technology. He is also sure that a fossil free, profitable and happy Sweden will inspire world powers such as China.

In this quote and in the interview, Axelsson depicts Sweden as a post-carbon idyll, overcoming the climate crisis while acting as a role model for the rest of the world. With this turn, Klimatkrisens Sverige conforms with a widespread national imaginary that implies that through technological advancement, Sweden will become a beacon of hope in the climate crisis. This imaginary is present in national policies for rapid decarbonization, as well as in parliamentary debate and the frequent claims of Prime Minister Stefan Löfven that Sweden will become “the world’s first fossil fuel free welfare state”.

Although the post-carbon idyll imaginary gives hope for a brighter future, it is not without tensions. While the end of Klimatkrisen Sverige is very much in line with this imaginary, elsewhere in the book and in interviews Bjerström herself discusses some of complications inherent in the post-climate idyll. To start with, the imaginary is only made possible through technological solutions. This reality creates an interesting juxtaposition in accounts such as Klimatkrisens Sverige which highlight the ecological losses of climate change. This contrast emphasizes the fragileness of the natural environment, which cannot defend itself against the climate crisis and which is unlikely to recover (at least not in the lifetime of Klimatkrisen Sveriges readers). Bjerström addresses this challenge herself in an interview with Mistra Environmental Communication (EC) researchers, exclaiming: ”... it doesn’t go back. Nature doesn’t repeat itself…Even if we stop all emissions it will take 50,000 years before we come back to where we were once upon a time”. In this quote, Bjerström seems to acknowledge that industrial solutions to climate change might provide hope, but on some level they are not enough as they will not actually undo the work of anthropogenic carbon emissions. In this manner, she actually problematizes Axelssons picture of the idyllic national imaginary by calling into question how happy this future can be when so much has been lost.

Another example of the complicated nature of this imaginary comes from the book, where Bjerström introduces the example of the Cementa factory on the island of Gotland as one which gives her hope we will overcome climate change. As leadership at Cementa has decided to shift to carbon neutral cement production by 2030, this is introduced as one of the industrial examples leading the way and providing hope for the fossil fuel free future. While this example is used to show the scope of some solutions to climate change and fits well within the imaginary of the post-carbon idyll, Bjerström also takes note of the contested nature of such a technocratic future. In Cementa’s case, they can only achieve their goals through the use of carbon capture and storage where large amounts of carbon dioxide released during the cement making process will be transported to a Norwegian storage facility under the North Sea. While this process is strictly necessary for carbon neutral cement production (since much of this carbon comes from the breakup of lime rather than burning fossil fuels), it also emphasizes the difficulty with our industrialized society. While many agree that such carbon capture and storage (CCS) solutions will be necessary for combating climate change they are wrought with their own controversies. For example, as these technologies are still quite new the long-term implications of carbon storage are not fully understood. Bjerström attends briefly to these concerns in her description, concluding that “it is no longer a question of either reducing emissions or capturing carbon dioxide. Now we need to do both” (p. 214).

Bjerström goes deeper into criticisms of the post-carbon idyll in interviews. In an interview with Mistra EC researchers, she says that she thinks “that in Sweden we are a bit self-satisfied now because we think we are really good at climate policy”. This criticism goes on to demand an increased focus on strengthening policy measures, however, the argument is not in line with the book where Axelsson’s commentary on the post-climate idyll takes a prominent role and concludes. Seen from this perspective, it seems that Klimatkrisens Sverige could have taken a more critical stance on the imaginary of Sweden as a post-carbon idyll, particularly when compared with other new climate literature such as Jonathan Jeppsson’s Åtta steg mot avgrunden (Eight steps towards the abyss, Ordfront 2020) which more aggressively problematizes the post-carbon idyll imaginary’s reliance on green growth. Because of their close release dates and similar content, Klimatkrisens Sverige is often considered in the same conversations as Jeppsson’s book, such as a joint session at the Gothenburg Book Fair in September. During the conversation, Jeppsson speaks quite critically about Swedish climate policy stating, “I react rather strongly when Stefan Löfven stands there on the 1st of May and promises young people that we will manage the 1.5 degrees goal without describing how it will happen because quite many researchers say that that goal is already overshot”. While Bjerström initially expresses agreement with this position, she ultimately changes the topic by stating “This is getting a bit depressing” and introducing another hopeful example of renewable energy in Portugal. One interpretation of this interaction is that despite feeling critical about the imaginary of the post-carbon idyll, Bjerström chooses to engage with a different dialogue that highlights possibility instead of condemning policy weaknesses. One possible explanation for this emphasis comes later in the conversation, where Bjerström states, “I think it is one’s goddamned duty to feel hope. You can’t check out for your children and grandchildren’s sake”. This quote can be interpreted as suggesting that she believes it is ultimately necessary to err on the side of hope when discussing the future of our society. Engaging with the post-carbon idyll imaginary is one method of spreading such hope as it suggests that future generations will overcome climate change in favor of a brighter tomorrow.