Coat colour in a crossbred population 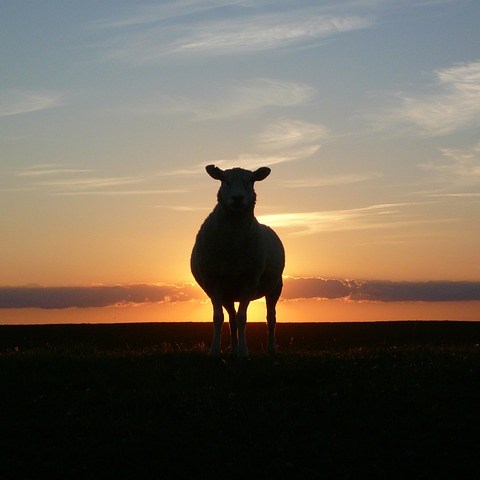 The ongoing collaboration of Elisabeth Jonas with colleagues at the University of Sydney in Australia has resulted in a publication in the Journal Animal Genetics.

We identified a mutation in a known coat-colour gene (TYRP1) which explained a large proportion of the variation of pigmentation in an experimental sheep flock. Additionally identified regions on the genome did not only link to the TYRP1 gene, but did also allow the identification of new loci on the sheep genome, which contribute to the pigmentation of skin and wool. The results of the study are especially relevant for wool-breeds such as Merino, where pigmented wool may result in an economic loss.

Fleece free of pigmentation is an important breeding goal in Merino sheep. However, the variation at gene loci responsible for pigmentation is, also due to the strong selection pressure on this trait, low in purebred merino sheep.  Nevertheless is Australian Merino wool sensitive to dark fibre contamination. Phenotypic selection has its limitations, especially for traits of low heritability and late recording. Genetic markers, especially if close to the causative mutation of a trait, are promising tools to assist a more successful selection for such traits.

We used an experimental cross between Awassi sheep with pigmented coat and white Merino sheep.  Crosses were backcrossed to Merino ewes and backcross animals, showing a great variation in coat colour, were genotyped using microsatellite markers across all autosomes.

Information on pigmentation (skin and wool) were combined with genotypes for the identification of linkage regions for single traits and combination of pigmentation scores across skin, fibre or overall.

The further analysis suggested TYRP1 as a strong candidate gene. A number of polymorphisms were identified using sequencing and backcross animals were genotyped based on the information.

The concluding analysis confirmed the strong effect of this gene on multiple pigmentation traits in the sheep population investigated.

Continuation of the search for rare or desired alleles that produce wool without pigmentation faults is both novel and relevant not only for the Australian Merino but for many other breeds and for developing crossbred lines. Our study has shown the effect of one gene, but the further analysis of other regions identified might provide further information on the genetic background of visible differences in pigmentation in white- and tan-coloured sheep.