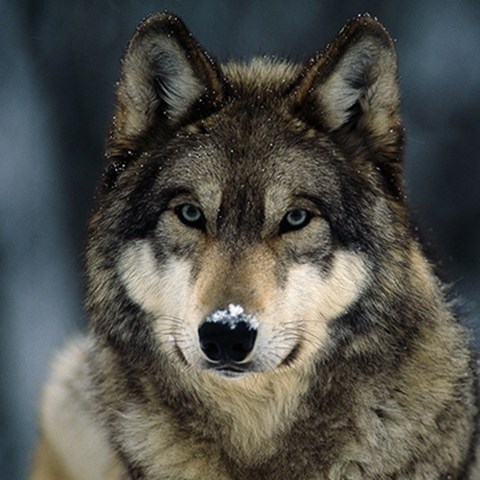 Illegal hunting is a complex crime that may also be understood as a societal phenomenon of sorts: in this research, it is studied as a potential manifestation of distrust in the regulatory regime, disenfranchisement with nature directives and radicalization of some factions of the hunting community into a counterpublic. In short, it is approached as a symptom of, and challenge to, a crisis of legitimacy for authorities. The illegal killing of large carnivores like the wolf has been especially studied for its motivations, implications and the attitudes and experiences that provide the social climate around it.

The research project had the following principal objectives:

1. Deconstruct the notion of illegal hunting

2. Identify the constituting factors of illegal hunting in Sweden

3. Map the attitudes and perceptions toward illegal hunting and the relative distribution within the hunting community

Illegal hunting needs to be understood in a socio-political context also of other manifestations of dissent on the part of rural communities, including non-compliance, non-cooperation, boycotts, protests,  spreading of rumors and the advancement of political populism from these seeds of resentment. The project saw illegal hunting as the most troublesome manifestation of dissent for the following reason: it signifies the disengagement and radicalization of hunters beyond communicative forms of dissent that seek to engage decision-makers in a political dialogue about change. Instead, it becomes about taking the law into one’s own hands – a strategy of shoot, shovel and shut up.

The landscape of illegal hunting of the Nordic countries, with minor studies in other parts of Europe and the world, has been extensively outlined by publications, popular articles and presentations in the project. Two extensions have been born out of this project in particular: the need to cultivate alternative and socially legitimate spaces for the popular engagement of citizens, and the need to map the Nordic hunting ethic (hyperlink).

Hans Peter Hansen, Researcher at Department of Bioscence - Wildlife Ecology at Aarhus University, previously researcher at the Division of Environmental Communication, Department of Urban and Rural Development, Swedish University of Agricultural Sciences. Hansen works with the challenges of modernity and the responses of society; within this, he has looked at sustainable and democratic approaches to natural resource management.

Helena Nordström Källström, Researcher at the Division of Environmental Communication, Department of Urban and Rural Development, Swedish University of Agricultural Sciences. She has been working with livestock farmers, their ethics, and social sustainability of rural livelihoods and lifestyles.

M Nils Peterson, Associate Professor, Department of Forestry and Environmental Resources, College of Natural Resources, North Carolina State University. His areas of expertise include intersections between human and natural systems and, in particular, issues pertaining to wildlife management and hunting.

Read the thesis: "Who let the Wolves Out? Perceptions about the presence of the Wolf in Central Greece”

Read the thesis. "Countering Illegal Wildlife Trade in Southeast Asia: A critical comparison of the leading strategies and their corresponding initiatives”

Read the thesis: "Constructive Communication in Contexts of Complexity: A Case Study of the Wolf Conflict in Sweden”

Read the thesis: "Animal Ethics Between Theory and Praxis: Differential Ethical Standards toward Wildlife: the Case Canis lupus in Sweden”

Read the thesis: "Constructing and Anticipating Conflict: How Madrid Prepares for Wolves”

von Essen, E. Allen, A. 2016. "The Implications of Victimhood Identity: The Case of ‘Persecution’ of Swedish Hunters." International Journal for Crime, Justice and Social Democracy [under review]

von Essen, E. Allen, A. 2016. "Interspecies Violence and Crimes of Dissent: In what Sense are Wildlife the Victims of Message-Crimes?" Green Criminology Special Issue for Critical Criminology [forthcoming]

von Essen, E. 2016. In the Gap between Legality and Legitimacy: Illegal Hunting in Sweden as a Crime of Dissent. Doctoral thesis. Swedish University of Agricultural Sciences

Theodorakea, I. von Essen, E. 2016. “Who Let the Wolves Out? Narratives, rumors and social representations of the wolf in Greece.” Journal of Environmental Sociology 2 (1): pp. 29-40

Some events and conferences at which the project has been presented include:

Symposium Animals wild and tame – peering beyond categories. “A Rabble in the Zoopolis? Considering Responsibilities for Wildlife Hybrids”. Turku University, Finland. May 30-31 2016

The Future Of The Nature Directives: Where Are We Going? Conference - 7 March 2017, European Parliament, Brussels, at the invitation of FACE (The European Federation of Associations for Hunting & Conservation)

The research was funded by the Swedish Research Council FORMAS in 2012, to run 2013-2016. It concluded with a symposium at Bergendal in Sollentuna on November 30-December 1 2016 with practitioners and researchers. 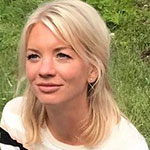