Two days in April Sweden, Norway and the UK met for an SBDI R-workshop and hackathon.

On 28-29 April we gathered a group of people for a workshop and hackathon. Our aim was to build R interfaces for users to access and analyse data Swedish biodiversity data. The two days resulted in a first skeleton of an R package that will allow the use of the ALA4R package, with some enhancements for easier occurrence search. We will now finalise a first working version of the SBDI4R package, which we intend to complement with further functionality for data filtering and analysis.
We met on a digital platform – joining collaborators from Sweden, Norway and the UK. 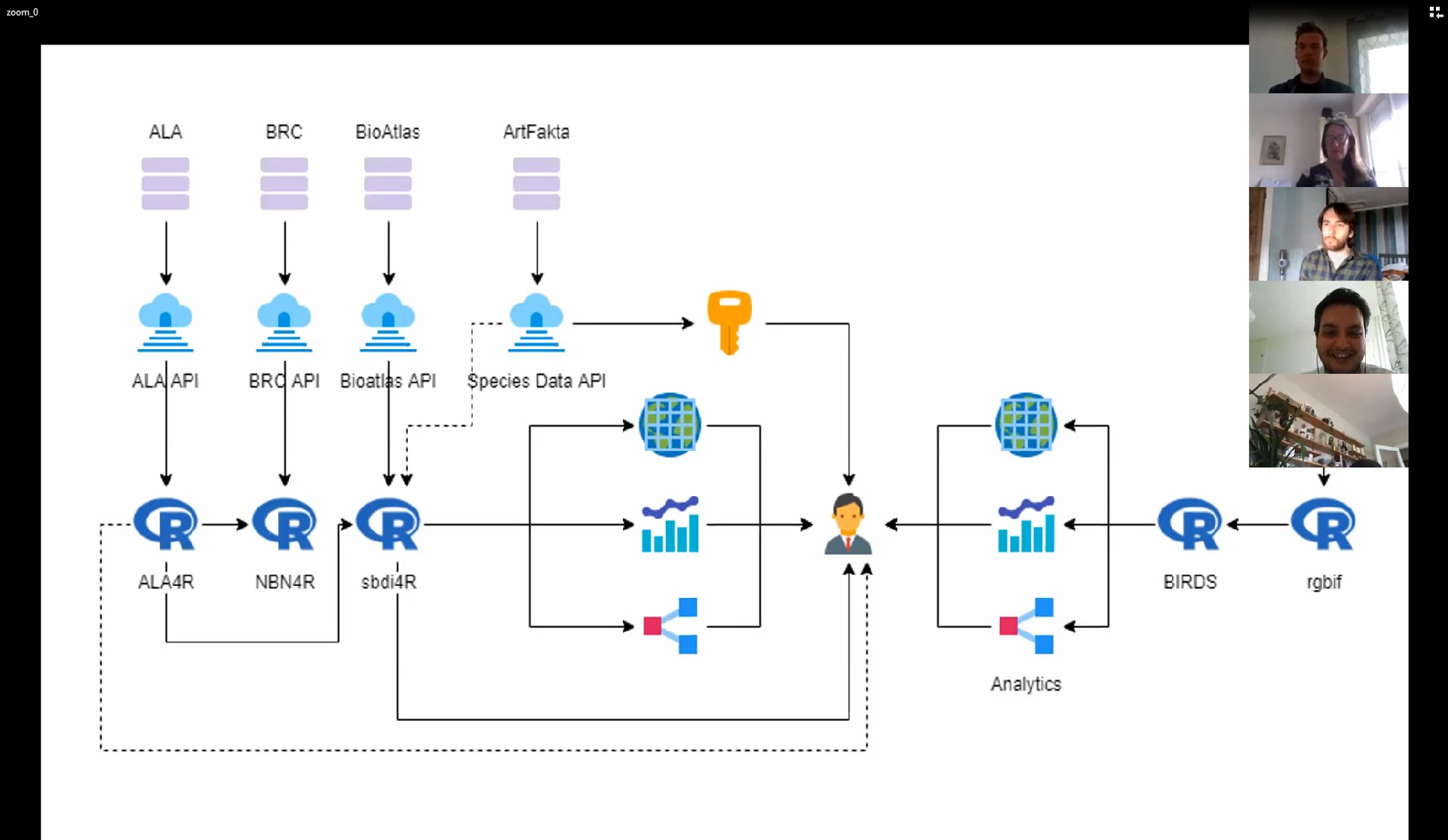