Board members of Mistra Environmental Communication

Read about the Mistra Environmental Communication programme's board members here. 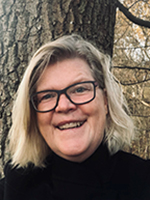 Since 2010, Berit Oscarsson has been working as communications manager at the Swedish Environmental Protection Agency (SEPA) with overall responsibility for internal and external communication. She is a member of the authority's management group and has since 2012 been board member of the Keep Sweden Tidy Foundation.

In her work at the SEPA, she leads a department with some 30 employees who support the entire authority's activities in using communication as a tool to achieve Sweden's environmental goals. The Swedish Environmental Protection Agency's mission is to run and coordinate the work for a good living environment together with others.

Berit has a university degree in Information from Växjö University (1987), is a certified board member from the Swedish Academy of Board Directors (2013) and has recently completed the Digital Transformation program for leaders at the School of Economics. She has worked as communications manager since 1992 – previously at Södersjukhuset, the Swedish Road Administration and Huddinge Municipality. 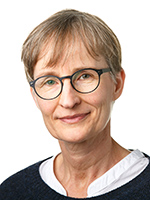 Ylva Hillbur is since 2017 Pro vice-chancellor with responsibility for international relations and Agenda 2030 at SLU. From 2012 to 2017 she held the position of Deputy Director General, research for development, at the International Institute of Tropical Agriculture, IITA. As one of the CGIAR institutes, IITA has its headquarters in Nigeria and implements its research for the development agenda through stations in 18 countries across sub-Saharan Africa. Prior to joining IITA, Hillbur worked for almost 20 years at SLU, where her research on insect chemical ecology was focused primarily on applications in environmentally sustainable plant protection. During 2006-2012 she was heading the Department of Plant protection biology at SLU. She obtained her PhD at SLU in 2001 and was appointed associate professor in 2012. Ylva has also been appointed adjunct associate professor at Addis Ababa University, Ethiopia. She has been member of several boards, including the Governing council of the International Centre of Insect Physiology and Ecology, icipe, and the Nordic university network NOVA. 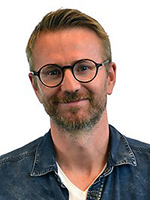 Sturle is educated in communication at Brunel University, England, as well as in intercultural communication and international relations at the University of Lugano in Switzerland and the London School of Economics. He is originally from Norway and has previously worked as a communicator for the Norwegian School of Sport. 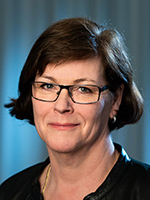 Annika Sjöberg has been a communications consultant since 1990, and today is a senior partner at the Gullers Group communications agency, working primarily with assignments relating to communication analysis, advice and measurement. She is the chair of the industry organization for Swedish PR and communications companies, PRECIS. Through that assignment, she also sits on the board of the international public relations organization ICCO. Until 2019, she was a member of the Swedish National Heritage Board’s advisory council. Annika has participated in the government's education ’Board Power’, an initiative to get more women into boards. Within this framework, she participated in the Swedish Academy of Board Directors’ training course for board members.

Annika is a trained communicator from Växjö University, with studies in journalism, marketing and communication in the US. 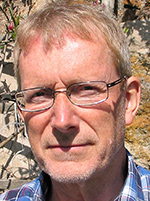 Alf Hornborg has since 1993 been professor of Human Ecology at Lund University. He earned his PhD in Cultural Anthropology at Uppsala University in 1986. Alf's main research interest is cultural and political aspects of the relationship between people and the environment, especially with regard to how the human concepts of economics and technology are shaped by global processes. His books include The Power of the Machine (2001), Global Ecology and Unequal Exchange (2011), Global Magic (2016) and Nature, Society, and Justice in the Anthropocene (2019). In Swedish he has published the Myth of the Machine (2010) and The Zero Sum Game (2015).

At the Human Ecology unit in Lund, Alf has founded an international Master's Program in Human Ecology – Culture, Power, and Sustainability (CPS). The education explicitly aims to develop the students' ability to communicate about sustainability issues.