Hydrology and biogeochemical cycling were initiated by Kaj Rosen and Harald Grip in the 1980´s and the monitoring of the 50 ha Nyänget catchment started.

During the 1990´s Nyänget contributed to the role of acid deposition on streams and Kevin Bishop and colleagues, opened for new views about anthropogenic acidification and natural acidity in boreal watersheds. This work has developed the present environmental guidelines for acidification in Sweden.

With time the scope of research has expanded to also include mercury, weathering, aluminium, carbon cycling and water uptake by trees. More intensive work also began on the connection between soils and surface waters which led to a more process-based understanding of the regulation of streamwater chemistry.

Another still-growing research topic is the influence of climate on biogeochemistry and aquatic ecology which led to the expansion of 50 ha Nyänget catchment to the 6780 ha Krycklan catchment Study. The expansion was launched during the winter 2002/2003 and several streams further down from the Nyänget catchment were added into the sampling program which then covered the size of the regional landscape scale.

Another stream, located at the Degerö Stormyr (Kulbäcksliden) complex was also included in the program. Additionally, new instruments and logger equipment were installed at the different streams. The expansion has opened the opportunity to broaden both the fundamental research questions and the water management issues, questions both asked by governments and researches to be answered. 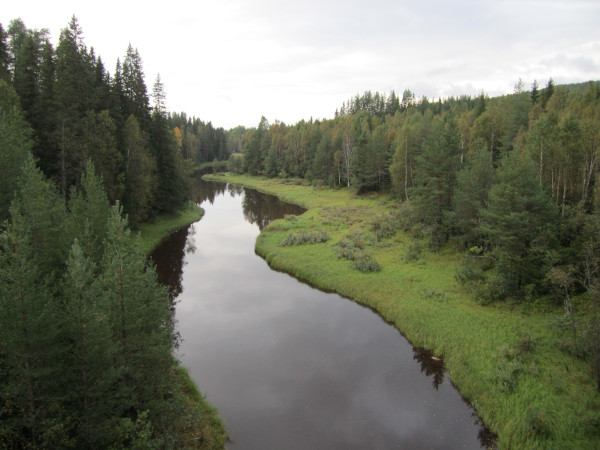 Being able to work with Krycklan at a landscape scale allows us to apply environmental problems and models used for water management and aquatic ecosystem protections. Addressing such questions would not be possible with information from plots, hill slopes and small catchments. These examples of smaller scales are however very important for the fundamental research, issues also addressed within Krycklans smaller catchments, like Nyänget where 30 years of continually measured stream water data soon exist.