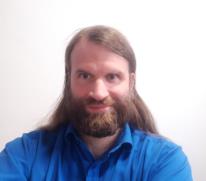 My research interests concern genetic variation and the genetic basis of complex traits, working especially with chickens, pigs and cattle. I am leading the research project "Genome dynamics in livestock breeding" financed by Formas - a research council for sustainable development.

Here are some of the topics in genetics that interest me:

Population genomics. With plentiful whole-genome sequence, one can describe the genetic variation of populations in ever finer detail. I am interested in genetic variation, signatures of selection and recombination rate variation in domestic and feral animals.

Genetic mapping of complex traits. I am interested in the genetic basis of complex traits that matter to farm animals, such as body size and bone quality. Mapping the genetic basis of molecular traits such as transcript levels ("eQTL mapping") can help with identifying causative genes for quantitative traits, and also give us large sets of genetic associations to analyse.

Deleterious variation. Damaging genetic variants of large effect can become fairly common in farm animal populations, either due to drift or balancing selection. They raise all kinds of interesting management questions for breeding programs.

Domestication. Domestic animals differ from their wild relatives in many ways, including behavioural differences towards humans and other complex traits. I have been involved in genetic mapping of complex traits in chicken domestication.

2017-2019 visiting postdoc at The Roslin Institute, University of Edinburgh, financed by a mobility grant from the research council Formas.

I am happy to supervise MSc projects; see list of potential projects at the deparment.