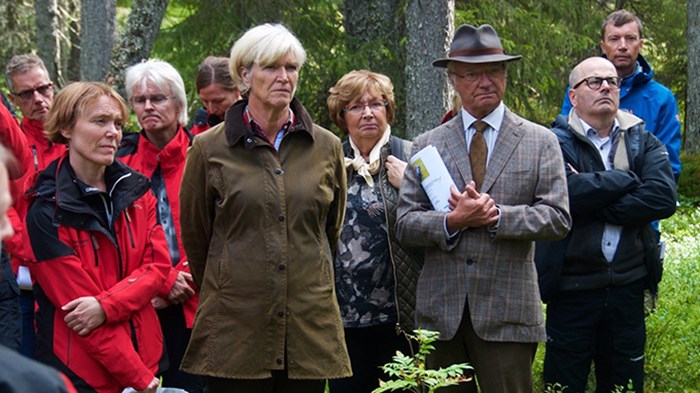 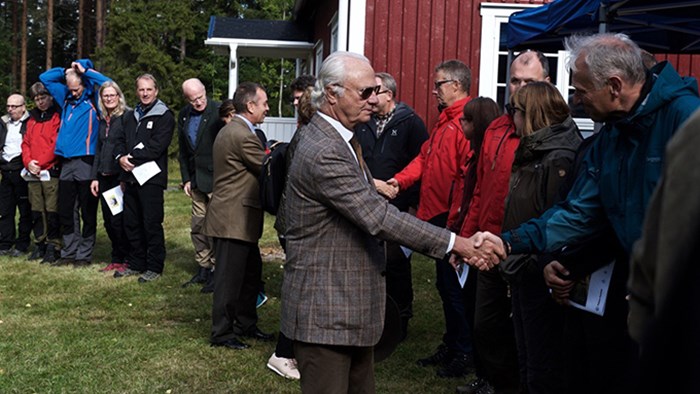 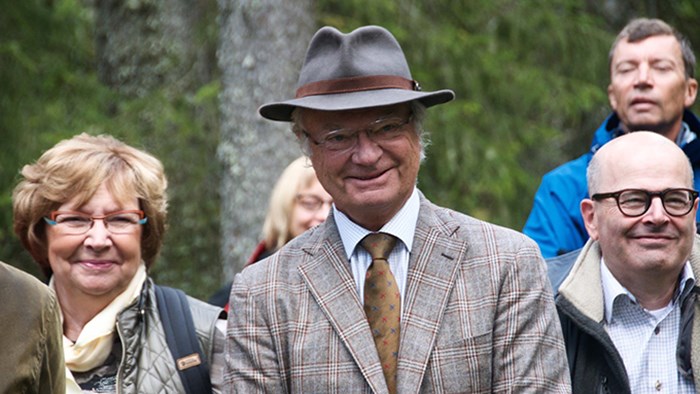 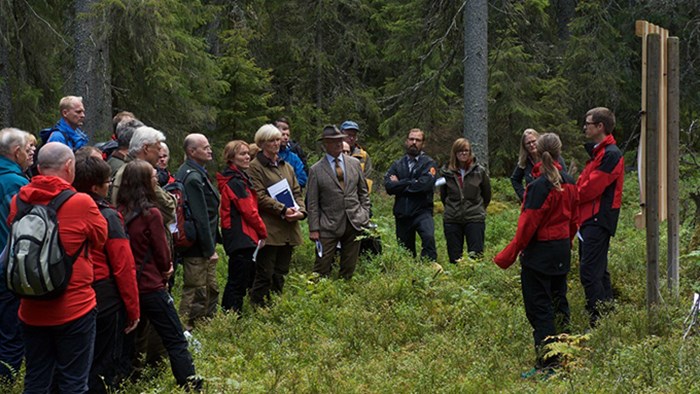 The King and the participants listened with interest when historian Anna Sténs, Umeå universitet and conservation biologist Jean-Michel Roberge, SLU, talked about their research on forest conservation, science and values through history. 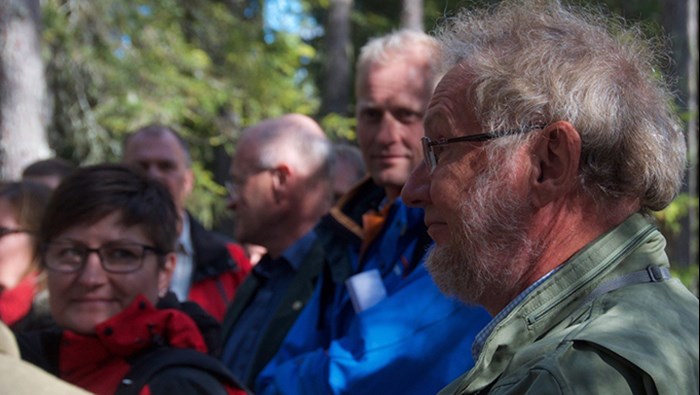 Among the participants at the Royal excursion were Professor Wilhelm Agrell, Lund University and member of the Future Forests board. 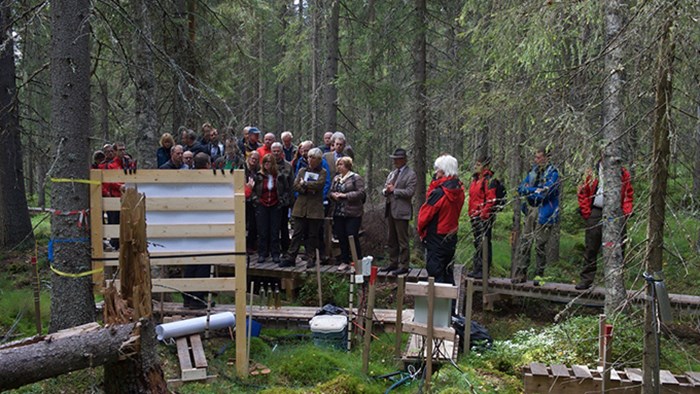 The King also visited the experimental site “Krycklan”, which is one of the most intensively studied watersheds in the world. 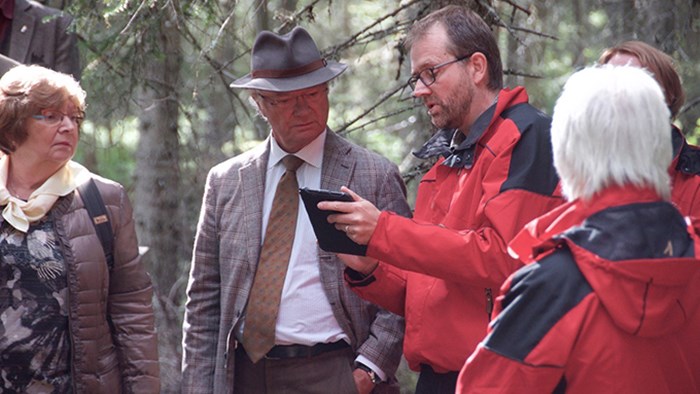 Professor Hjalmar Laudon is showing the King how hydrological mapping can be used as a tool for buffer zones in future forestry.