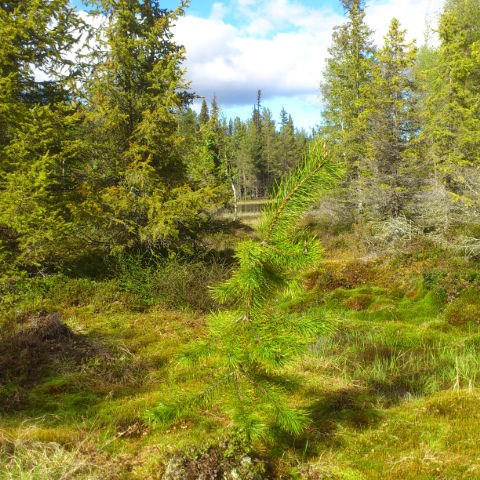 "Lodgepole pine appears to be very lucky in Sweden, because all the fungi it needs to grow well are already here, which is clearly not the case everywhere it is introduced", says researcher Michael Gundale, SLU.

Lodgepole pine grows better in Sweden than in its native Canada. SLU researchers unveil important clue as to why.

Canadian Lodgepole pine (Pinus contorta) has become a popular feature of forestry in Northern Sweden, because of its higher growth rate compared to native Scots pine. This growth difference is particularly mysterious because Lodgepole pine does not grow as well in its native environment (Canada) compared to when it is brought to Sweden. A new study led by a research team at the Swedish University of Agricultural Sciences provides some new clues that may help solve this mystery. The team collected roots from Pinus contorta forests in the USA and Canada (where it is native)*, as well as numerous countries where it has been introduced, including Sweden, Finland, Scotland, Chile, and New Zealand. They used the roots to extract and sequence fungal DNA, which allowed them to identify which species of fungi the tree associated with in different environments. Fungi growing inside tree roots are mostly beneficial, but also can be parasitic depending on which species they are. The study showed that introduced Lodgepole pine always associated with different communities of fungi in environments they are introduced to compared to their home environments, regardless of which type of environment to which they are introduced. At European sites, especially those in Sweden, Lodgepole pine roots were heavily colonized by a specific species of fungi (Piloderma) known to be beneficial to trees (referred to as an ectomyccorhizal fungi), whereas this fungal species was very uncommon at North American sites. The results of the study builds on previous research by the research team, which showed that Lodgepole pine grows better in Swedish soil compared to Canadian soils. Lead author of the study, Associate Professor Michael Gundale says, "Now that we know that soil is important for the growth success of Pinus contorta in Sweden, and also know which soil organisms might be responsible for this, we can plan the next phase of experiments to understand how this specific fungal species differently affects Lodgepole pine and Scots pine." Gundale further says, "There is a great diversity of fungi in the soil, and knowledge of how the different fungal species affect a variety of tree species would be key knowledge that could ultimately be used to help native species achieve the same high productivity of some exotic trees species."

The study was published August 17 in the Journal of Ecology. 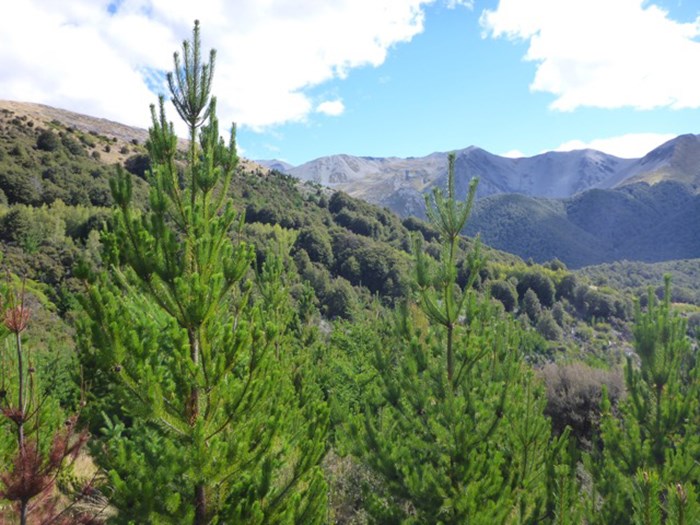 Once lodgepole pine finds the fungi from its home range that it needs, it becomes very invasive in the southern hemisphere. Photo credit: Journal of Ecology

* The Lodgepole pine (Pinus contorta) originates from western North America. In the north of Sweden, the lodgepole pine has been planted on hundreds of thousands of acres. This introduction started in the 1970s and, at the time, it was thought that a natural rejuvenation could only take place in connection with fire - which would prevent an uncontrollable spread. This however has not proven to be entirely true.