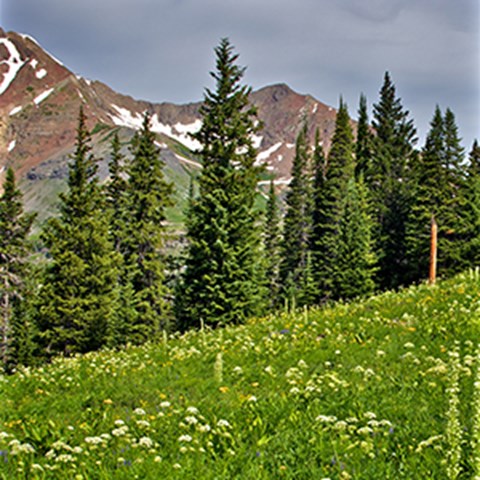 The climate warming that is expected to occur over the next 80 years may greatly disrupt mountain ecosystems. This conclusion is presented by an international research team, led by David Wardle at SLU, in a new study in the journal Nature. In seven mountainous areas around the world they compared vegetation, nutrient availability and soil conditions at different altitudes - corresponding to different temperature zones - and could thereby predict how a warmer climate would affect mountain ecosystems.

Mountain ecosystems worldwide are highly vulnerable to human-induced climate warming. This is characterized both by the movement of tree lines, and by changes in vegetation that are independent of tree line shifts. Many experiments have been performed to try to understand how climate warming affects mountain ecosystems, but these are hampered because climate-driven effects occur over a much longer time frame than the duration of any existing experiment, and because most experiments are not well suited to study responses of large, long lived plants such as trees. As such our knowledge of how climate warming may affect mountain ecosystems globally remains limited.

An article published today in the prestigious international journal Nature, coordinated by SLU postdoctoral researcher Jordan Mayor and professor David Wardle (both with the Department of Forest Ecology and Management), and coauthored by researchers in nine other institutions including the Universities of Vermont, Manchester and Grenoble, sheds new light on how climate warming may affect mountain ecosystems globally. Rather than utilize short term experiments, the researchers utilized gradients of elevation in mountains both above and below the alpine tree line. Elevation serves as a surrogate for climate warming, because as a consequence of warming, any particular elevation is expected to experience the same temperature as that of an elevation that is 300 meters lower in 80 years time. This approach allows prediction of effects of warming in real mountain ecosystems without the problems that plague experiments. Further, to test for the generality of their findings, they used elevational gradients in seven distinct temperate regions of the world: central Europe, Hokkaido, eastern Australia, New Zealand, Colorado, British Columbia and Patagonia.

They found recurrent responses of ecosystem properties to elevation across the seven regions. As such, they found that decreasing elevation consistently increased the availability of nitrogen from the soil for plant growth, meaning that warming will be expected to consistently improve plant nitrogen nutrition. However, plant phosphorus availability was not controlled by elevation in the same way; as a result the balance of nitrogen to phosphorus availability (characterized by the ratios of nitrogen to phosphorus in plant leaves) was very similar across the seven regions at high elevations, but diverged greatly across the regions at low elevation. This means that this balance is constrained by low temperatures at high elevations, but at low elevations and as temperatures become warmer, regional factors and differences between regions become more important.

The researchers further explored the mechanisms that underpinned the consistent responses to elevation across the seven regions. They found that increasing temperature and its consequences for plant nutrition were also linked to changes with decreasing elevation in the amount of organic matter in the soil, the quality of this organic matter, and the microbial community. These findings reveal some remarkably comparable responses to increasing temperature across globally contrasting regions. Further, they found that these changes are at least partly independent of any effect of the alpine tree line, meaning that effects of warming on ecosystem properties will occur irrespective of whatever shifts occur in the migration of trees up-slope due to higher temperatures.

Much remains unknown about how human-driven climate change will affect the Earth's ecosystems in the long term and over large spatial scales. Through a simple use of a natural experiment (i.e., elevational gradients distributed around the world) the researchers were able to provide evidence that temperature changes of the magnitude expected to occur over the next 80 years have the potential to greatly disrupt the functional properties of the Earth's mountain ecosystems and result in increased disequilibrium in both the above- and below-ground ecosystem components.