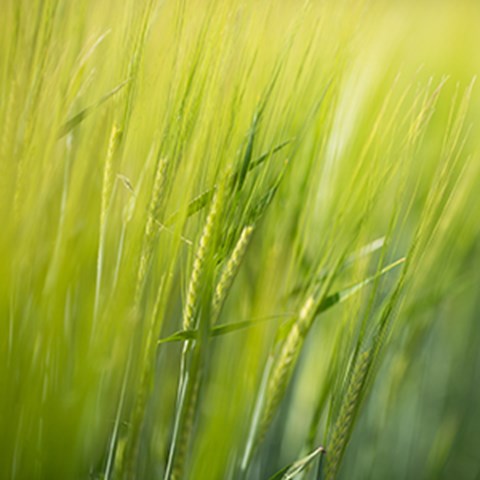 How do you get a high barley yield? Researchers at SLU have used a method that allowed them to compare many factors simultaneously to find the management practices that are most significant eg factors related to plant growth, fertilization and use of plant residues. The method has rarely been used in agricultural research, but it is common in social sciences. The study included both conventional and organic farms, but if the researchers had only looked at the difference between these types of farming, they would have missed the importance of individual management practices.

The study, recently published in the European Journal of Agronomy, includes 17 farms in the middle of Sweden, conventional farms, new organic farms and older organic farms.

Farmers answered a questionnaire about how they managed the farm. Among the answers, the researchers found over one hundred  different management practices that were aggregated into 29 variables and were related to barley performance indicators including  yields, nitrogen content in crops and other indicators of successful cultivation.

“It's very complex. There is a big difference compared to experiments where you have a few things to compare. Here we have many farms with different management practices  that vary in time and space,” says Libère Nkurunziza at the Department of Plant Production Ecology, SLU.

But that is also the point with the method known as "Projections on latent structures". The researchers want to see what factors have the greatest effect on crop performance in real conditions. Crop yields are often much higher in trials than in farmers’ fields. It is important to know how to overcome this yield difference. What are the success factors?

Researchers found, among other things, that mineral fertilizers and pesticides were the main reason for the higher yields on conventional farms.  The researchers also found that it is important how you treat harvest residues. Some plough these residues into the soil, others leave them on the soil surface and a third group collect the residues and use them elsewhere on the farm. Other important factors explaining the variation in barley performance were methods of fertilizer application, weed control, and crop rotation.

With this  method, researchers can only say that a factor is important to pave the way for further research on how exactly the management practices related to a single variable should be carried out.

"Our goal is for farmers to see what has worked for others so that they can test it on their own farm. At the moment we cannot give a recipe for a good harvest - but we can say that these variables are important to study further", says Libére Nkurunziza.

The method has previously been used in, for example, psychology where various factors affecting individual behaviour have been studied, which in this case may correspond to different factors that can affect the harvest.

Conventional farms have on average higher yields than organic farms. In this study, the crops were twice as large - 4.8 tonnes per hectare on average, compared to 2.2 and 2.0 tonnes in older and younger organic farms respectively. In organic farming, the lack of nitrogen at the beginning of the season and strong competition from weeds are the likely explanations for the poor barley performance.

At the same time, there is a very large variability in both management practices and barley performance. Thanks to this method, researchers have been able to see details that they would not have seen if they had just compared organic farms with conventional farms.

- There are organic farms that have yields comparable to those of conventional farms, for example one farm that used the organic fertilizer “biofer”. It shows that there are factors that allow organic farms to produce more.

The researchers studied barley because this crop was found on all farms in the study. But the method can be used for other crops and also for evaluating other ecosystem services like how pollination and biological control are affected by management practices on different farms.