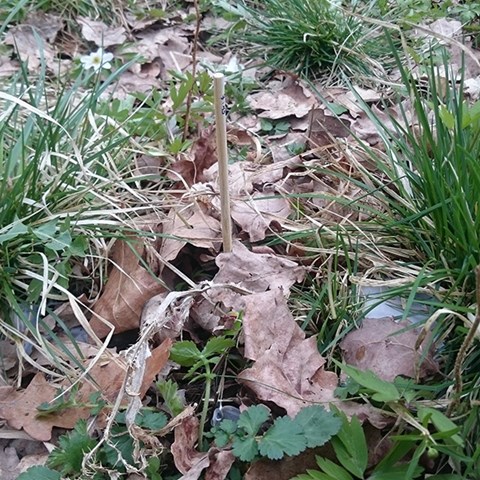 Life in the soil is more important for the decomposition of organic matter than previously assumed, according to a European study that several SLU researchers participated in. This means that the commonly used climate models for predicting the amount of carbon dioxide released from the soil is not accurate. The results have recently been published in Nature Ecology and Evolution.

To measure rates of decomposition, researchers buried litter bags in grasslands along a climate gradient from the south of France to north of Sweden. SLU researchers Paul Kardol, David Wardle and Maria Viketoft conducted the study at sites near both Umeå and Uppsala.

Understanding the drivers of decomposition of organic matter (mostly dead plants, fungi, and animals) is important in forecasting future climate since carbon dioxide is released during the process. In the climate models used today it is assumed that decomposition of organic matter is mainly driven by temperature, moisture and the quality of organic material. The role of decomposer organisms, soil microbes and other little soil creatures, is often considered to be negligible on a regional and global scale even if it is well-known that decomposer organisms play and important role at a local scale.

The researchers left the litter bags in the field for three months, dug them up, and then measured how much material had disappeared from the bags. This gives a measure of the rate of decomposition. They also had data on soil temperature, moisture and the activity of decomposer organisms in the soil. The activity of decomposers in a soil sample can be measured by adding sugar or other food sources and then monitoring the emission of carbon dioxide.

The results thus show that the climate models must be revised.

- Our study points out a problem. One cannot use the current climate models and expect to get a correct estimate of decomposition rates, as soil creatures has a greater impact than previously thought, says Maria Viketoft, researcher at the Department of Ecology, SLU.

A test of the hierarchical model of litter decomposition Mark A. Bradford et al, Ecology and Evolution