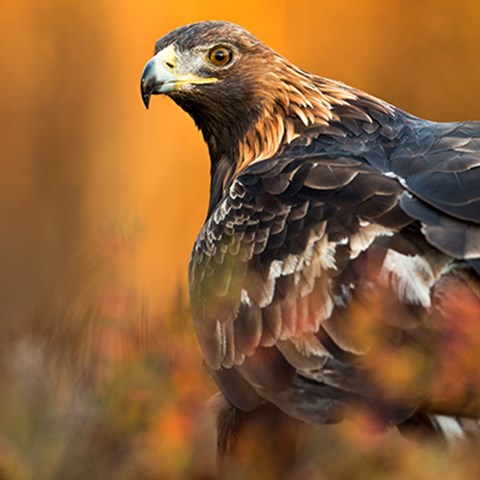 This is the conclusion of a research project at the Swedish University of Agricultural Sciences (SLU) in collaboration with amongst others the Swedish Museum of Natural History, the National Veterinary Institute (SVA), Umeå University and researchers on Golden Eagles in the US that has been published in the scientific journal Environmental Science & Technology.

The researchers took blood samples from free-ranging Golden Eagles in Sweden and equipped the eagles with transmitters.

Lead concentrations in blood of the eagles increased with the progression of the moose hunting season, a period when many Golden Eagles are scavenging and feed on lead-contaminated carcasses and offal of shot wildlife.

The researchers also analysed the lead concentrations in the liver of dead eagles stored at the museum and the veterinary institute whose cause of death was identified. Their results indicate that even at low concentrations of lead, the risk of death due to e.g. starvation and collision with traffic was high.

The identified lead problem is most likely not restricted to Sweden but occurs globally wherever lead-based ammunition is used, and possibly also threatens other scavengers.