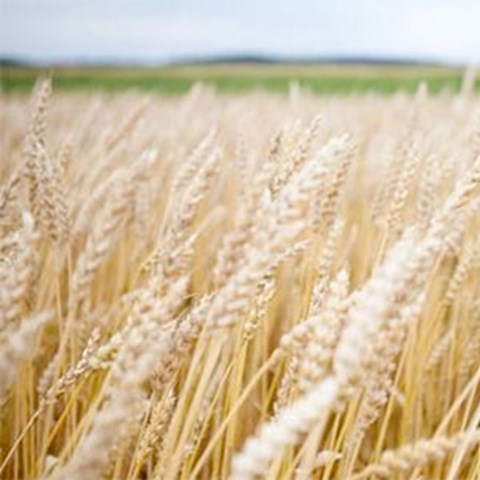 In organically farmed wheat, the number of fungal species on the leaves is on average 40 % higher than in conventionally farmed and fungicide treated fields. © Jenny Svennås-Gillner, SLU

In organically farmed wheat, the number of fungal species on the leaves is on average 40 % higher than in conventionally farmed and fungicide treated fields, according to a new study from SLU. The presence of weeds appear to be an important factor for the difference. This is potentially important knowledge for the future development of sustainable plant protection strategies.

Swedish agriculture is dominated by two management systems, organic and conventional farming. An importance difference between these lies in the view on chemical pesticides. In conventional farming, fungicides aimed at different groups of pathogens is the mode of action, whereas organic farming advocates other methods like crop rotation and biological control using products based on antagonistic species. However, chemical fungicides bring considerable risks for acquired resistance in the pathogens and unwanted spread of chemicals in the environment. This has led to increasingly strict regulations for their application. It is hence desirable to develop alternate plant protection strategies that work in both systems. A crucial step is to discern how factors that may affect the conditions for plant protection varies between organic and conventional farming.

Microflora in the crops

Albeit potentially serious, the risk for resistant microbes or chemical residues in what is intended for food or feed is not the sole criticism aimed at a singular use of fungicides. All plants carry a complex flora of microbes. This is very dynamic and constantly involved in a struggle for the accessible resources associated with the leaves. No matter how sophisticated, many more microorganisms than those targeted will inevitably be affected by the fungicide treatment. This affects both the biodiversity, as in the number of present species, and their composition in the microcommunity. The consequences of this is virtually unforeseeable, but there are advantages to the plants in having a diverse microflora. For example, it increases the possibility that some species carries antagonistic abilities against some pathogenic intruder. A fungicide treatment against one pathogen might thus simultaneously by accident erase an unknown defense against another pest.

For these reasons, it is desirable to know how this microflora differs between organically and conventionally farmed crop. This is the subject of a new study from the Swedish University of Agricultural Sciences. Hanna Friberg is one of the authors.

“Using comprehensive DNA-analyses, we studied the microbial communities in leaves from wheat in fields grown with conventional respective organic methods”, Hanna Friberg says. “The comparisons was made pairwise, with eleven pairs, each consisting of one field of each method, located between 500 meters and 10 km apart. We investigated the amount of fungal species and their size in relation to each other.”

The researchers stated that the amount of fungal species in organically grown fields were on average 40 % higher than in conventionally grown fields. For three of the pairs, the conventionally managed fields had higher biodiversity. Interestingly, these three were those using the least amount of fungicides and applied the least fertilizers, i.e. were closest to the principles of organic farming. Similar observations on the importance of management form on biodiversity has been made previously on insects, birds and plants.

Moreover, the researchers stated that they saw no difference between the management systems in the rate of known pathogenic species in the communities, in spite of the aimed fungicide treatment. “The year the study was made, was one of heavy attacks from certain leaf pathogenic fungi, which varied largely in impact between fields. The large amounts of these fungi could mask the visual effect of the fungicide treatment and explain why we saw no difference between the systems” says Ida Karlsson, another author of the study. “Fungicide treatment appeared to primarily eliminate rarer species. Such negative effects on other fungi than the pathogens constitutes a potential risk, since the eliminated species might have carried antagonistic properties, and their presence might have been conducive to limiting the impact of other diseases than the one treated for.”

Presence of weed the most important factor

“We also collected data from each field to pin-point the exact cause for these differences. We studied weather conditions, weed biomass, crop rotation, fertilization, use of fungicides et cetera”, Ida says. ”We noted that fungicide treatment had a significant effect on biodiversity, but that the presence of weed was a far more important factor. The more weed, the more fungal species. No other studied factor had a significant effect on species richness.”

“At this point we can only speculate as to the reasons for this. Two plausible reasons could be that the weed creates a micro climate beneficial to a larger amount of species, or that the larger number of weed species means a larger amount of species-specific microorganisms, increasing the possibility that some of these would spread to the crop. The weed microflora, and how this affects the farmed crop, would hence be an interesting subject for a future research project”, Ida Karlsson concludes.