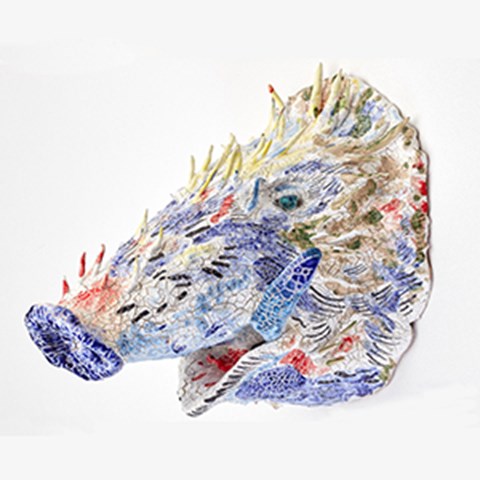 Photo of a sculpture made by Matěj Macháček. Source: CEFRES

The rapid population spread of wild boars across Europe is generating waves of conflicts around human-boar co-existence. Researchers specializing in the wild boar from the humanities and the environmental, social and veterinary medicine sciences gathered to discuss the position of wild boars in Europe today and in the future.

The wild boar is rapidly proliferating across the globe. By being a carrier of zoonotic diseases as well as a frequent crop raider, boars are an unwelcome intruder in many parts of Europe. This is evidenced, not least, in recent plans to erect biosecurity fences across member states to protect industry from African Swine Fever. Increased conflicts around co-existence, exacerbated by human feeding and climate change, pose uncertainty for the future of wild boars.

On October 16-17 a research symposium was organized in Prague with a cross-disciplinary selection of researchers specializing in some aspect of the wild boar to determine the possible Porcine Future(s). What will human-boar relations look like in the future, according to researchers from the humanities, social and natural sciences? The symposium was organized by the French Research Center in Humanities and Social Sciences (CEFRES) and the Swedish University of Agricultural Sciences (SLU). The 22 scholars represented research from 15 different countries.

Erica von Essen, a researcher at the Environmental Communication Division at the Department for Urban and Rural Development at SLU, funded and co-organized the event together with a team of social anthropologists at CEFRES pursuing research in the project 'Bewildering Boar'. She argued that the 'war on boars' is also fought internally in hunting cultures as sport hunters collide with hunter-stewards. The welfare of the boar, she argued, is caught in between.

Associate Professor Åsa Fahlman was in attendance from the Swedish Biodiversity Centre at SLU and presented results on a new welfare assessment of live-capture trapping of wild boars. Fahlman's research pointed to a need to consider also non-pathological parameters of wild boar suffering when devising and approving traps. Lara Tickle, an upcoming PhD student at SLU who will examine changes in hunting ethics, was also in attendance at the symposium. 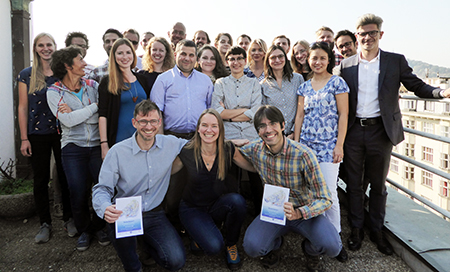 Researchers at the symposium in Prague. Photo: Åsa Fahlman, CBM/SLU