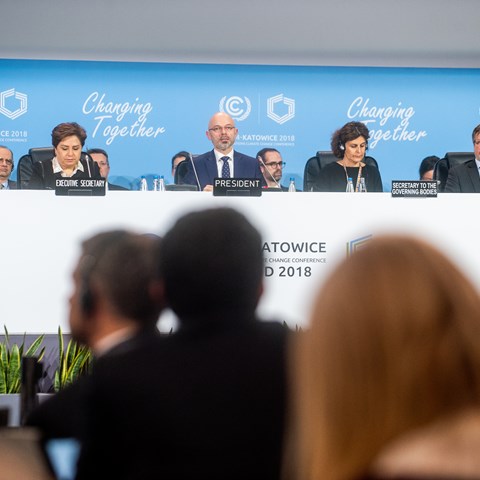 SLU researchers and students participated in the conference. Here we get some of the key takeways from COP24.  Jennie Barron, Professor at the Department of Soil and Environment at SLU, reflects on her experiences from the conference, see down below.

Read more about the outcome of COP24 here: https://unfccc.int/katowice

The report of IPCC (Intergovernmental Panel on Climate Change) on Global Warming of 1.5°C.

That report is further supported by the Future Earth's report "10New Insights in Climate Science 2018" that was launched during COP24. See also the table below. 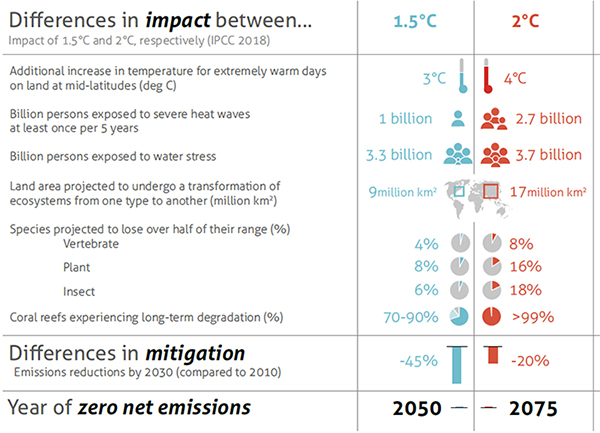 The table  from Future Earth's report "10New Insights in Climate Science 2018", shows a few examples of the differences in impact between 1.5 °C and 2 °C temperature increase. 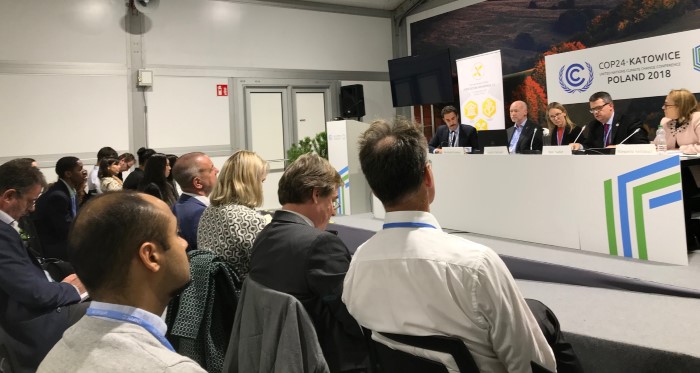 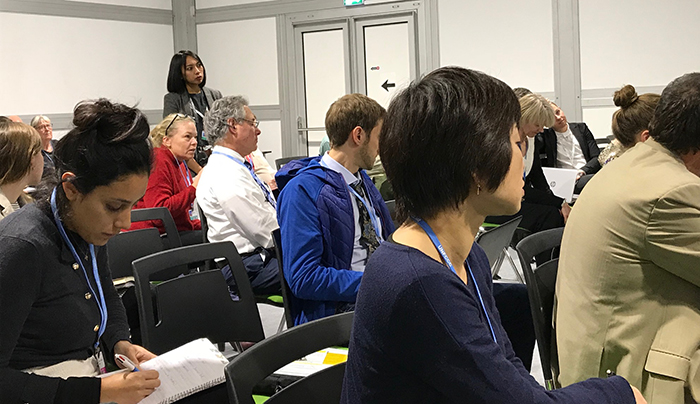 SLU Professor Jennie Barron (in red) participated in one of the side events during COP24. Here she reflects on the conference:

The reason for my involvement at COP24 was through a process initiated in Marrakech 2016 (COP22) with a series of formal roundtable discussions with interdisciplinary topics that gathers experts, private sector, and various representatives from interest groups, and countries' governments. This specific roundtable at COP24 had the theme Land Use, Water and Energy, and highlighted the strong but often ignored connections between different sectors.

With about 30,000 visitors from all corners of the world, and all possible representatives, it is not given that one's voice is heard: food and water had a rather low profile, and was mainly referred to as a greenhouse gas issue, more than a sector that is necessary for fulfilling other global agreements such as the Sustainable Development Goals of Agenda 2030 (SDGs), and at the same time can contribute to solutions with less greenhouse gas emissions.

Above all, many sessions were about the fact that climate adaptation and emission reduction must be integrated. At the formal sessions, reference was made to the new IPCC report, which emphasises that we must increase our efforts to maintain critical functions in ecosystems (including food production), society and economy, and limit the temperature increase to 1.5 °C.

But in several other sessions, there was little reference to the knowledge and insight that exist about, for example, cultivation systems, food systems, intensification, and the need for knowledge and resources. To be able to solve new complex problems with climate, resilience and food production, it is most likely that we will meet these challenges with both old and new knowledge. And the new knowledge needs to reach practice and policy as quickly as possible in order to be implemented. As researchers, we need to increase our efforts for new knowledge to reach out better, not just to our colleagues in the academic world. People will not have time to come to the university and ask. So if we want to reach out, we need to work more together with actors, for the new knowledge to be put in place for better climate, food and environment."