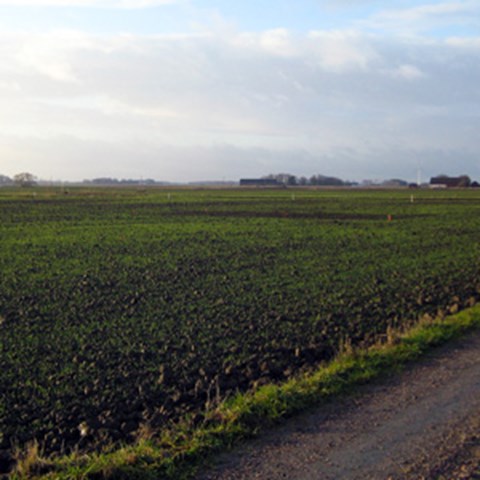 Supply of nitrogen has always been the major limiting factor to agriculture yield. Photo: Tina Putz.

Fertilizers in agriculture bring food to the table for half of the human population, but simultaneously benefit soil bacteria that produce powerful greenhouse gases. A new thesis from SLU shows that the carbon-nitrogen ratio in soil has considerable ramifications for this effect. This ratio may be adjusted through for example ley farming.

Supply of nitrogen has always been the major limiting factor to agriculture yield, which has made manure a valuable resource. This was forever changed in the year 1909, when artificial ammonia was first discovered. From here, the step to artificial fertilizers was a quick one, heralding the dawn of one of the greatest revolutions in agriculture. Yield quadrupled, and fertilized food today sustains more than half of the world’s population.

But as always, there is a backside to the coin. Of all nitrogen applied to arable land in this fashion, less than 50 % is absorbed by crops. A large part of the remainder is processed by microorganisms. The dominating process is called denitrification, the transformation of nitrate to atmospheric nitrogen (N2). However, many microbes are unable to perform the last step, from nitrous oxide (N2O) to N2, which is why much of the nitrogen is released to the atmosphere as N2O. This is a problem, as N2O is a very powerful greenhouse gas, 300 times more so than carbon dioxide, and also believed to disrupt the ozone layer. More than 60 % of the N2O in the atmosphere is thought to originate from fertilized soil, and the levels have increased by 20 % since the advent of artificial fertilizers. Thus, denitrifying bacteria contribute to the N2O production. 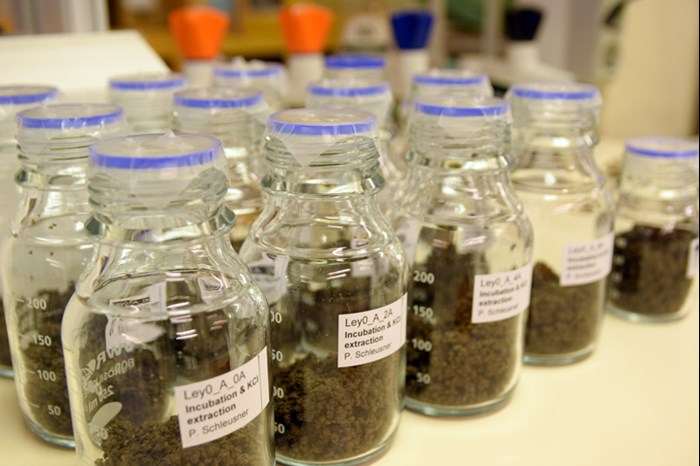 Which soil properties benefit the denitrifying, N2O-reducing and nitrogen retaining bacteria was investigated. 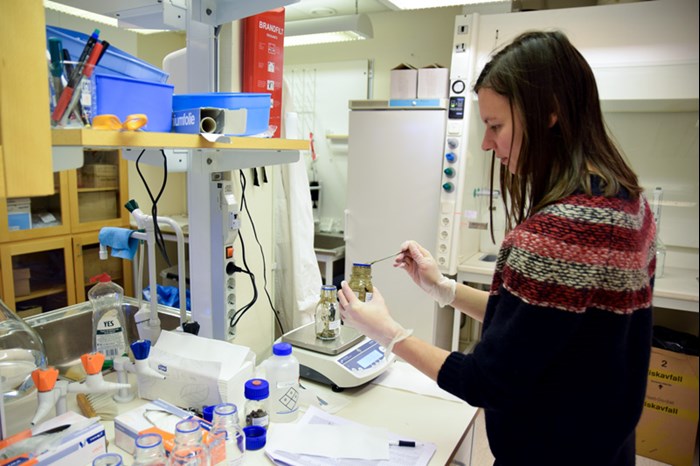 Tina Putz thesis shows that the ratio between carbon and nitrogen in the soil has a pivotal effect on the microbial community and in particular on groups involved in nitrogen circulation. 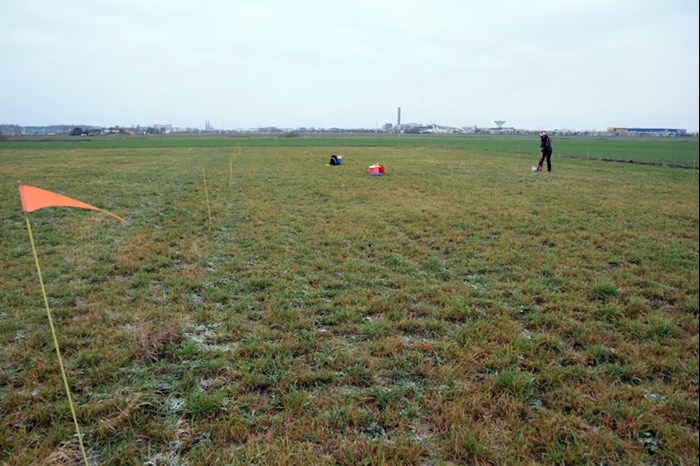 Tina Putz studied the effect of fertilization on the microbial soil community.

Recently, another group of bacteria was discovered, that are not denitrifyers but capable of reducing N2O to N2. These constitute the world’s only known biological N2O sink. Another group can retain nitrogen in the soil by transforming it from nitrate to ammonia. This is a less mobile form of nitrogen that remain in the soil. These bacteria are thus considered to decrease nitrogen leakage and N2O production, even though they do not actually transform N2O per se.

Naturally, a cease in fertilization is not possible. However, from the perspective that the applied nitrogen should remain in the soil and not transform into N2O, it would be of interest to know what soil properties benefit the denitrifying, N2O-reducing and nitrogen retaining bacteria. This is the topic of a new thesis from the Department of Forest Mycology and Plant Pathology at SLU, written by Tina Putz.

- Nature’s sole known way of decreasing N2O levels is through N2O-reducing microbes, Tina says. Therefore, our first step was to investigate their potential by adding such microbes to various N2O-producing soils and measure the amount of emitted gas. We noticed that the added bacteria decreased the amount of N2O by on average 50 %, but that there was a great variation among soils. The most important factor was the carbon-nitrogen ratio (C/N); in soils with high ratio (i.e. more carbon), the N2O emissions decreased significantly more than in soils with low C/N ratio.

- We also studied the effect of fertilization on the microbial soil community, Tina continues. In various different soils, we noted that long-time fertilization significantly affected the community and in particular microbes processing nitrogen. The greatest increase was in denitrifying bacteria, which effectively leads to an increase in the N2O-producing potential of the soil.

The C/N-ratio was crucial in this regard as well; higher ratio meant more diverse microbial communities and a higher rate of N2O-reducing bacteria. This shows that fertilized soils, in particular those with low C/N-ratio, lose more nitrogen and produce more N2O than non-fertilized ones.

Crop rotation as a weapon

Since the C/N ratio appears pivotal to the N2O-production of soils, Tina also studied the impact of crop rotation on this ratio. Rotations with exclusively cereal crops, which in the long run depletes the soil of both C and N, was compared to rotations mixed with ley, which returns organic material (C) to the soil. The study shows that the cereals eventually decrease the C/N ratio, whereas the ley regimes keep it stable.

- This also affects the denitrifying and N2O-decreasing potential of the soil, Tina says. Denitrifying bacteria are benefited by the cereal regime, while nitrogen retaining and N2O reducing bacteria do better when the cereals are mixed with ley rotation, which increases the C/N ratio. Another way of increasing the C/N ratio would be to till down straw, similar to balancing a compost, but this has not been specifically tested in this thesis.

In conclusion, Tina Putz thesis shows that the ratio between carbon and nitrogen in the soil has a pivotal effect on the microbial community and in particular on groups involved in nitrogen circulation. Higher C/N ratio benefits abundance and activity of bacteria that retain nitrogen and reduce N2O, whereas long-time fertilization supports those contributing to nitrogen loss and N2O production. Sensible choices in crop rotation or, probably, the addition of straw may however contribute to raising the C/N ratio and decrease the potential for N2O emission.