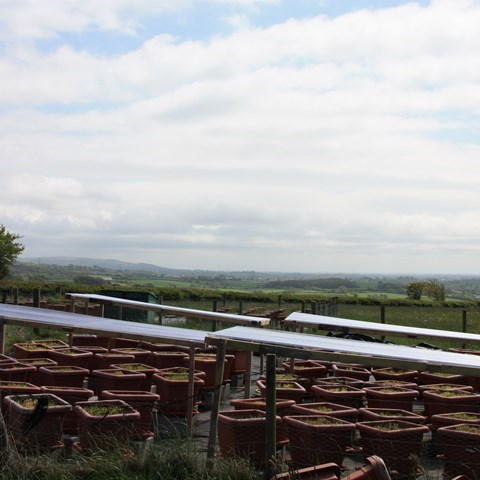 There is widespread concern that the long winter and the hot, dry summer are early examples of extreme weather, predicted to become more common in the wake of climate change. In a new study in Nature Communications, scientists from among others SLU raise the alarm that the heat and drought has long-lasting effects on the microbial communities in the soil. Microbial interactions are essential to all services presented by the soil, such as the ability to provide food.

The drought of summer in 2018 hit Europe with devastating force, and Sweden was not spared. The record-breaking low harvests and the dwindling groundwater levels were perhaps the most spectacular aspects, but now awareness grows on indirect and unpredicted effects. Recently, a report from Lund University told of drought-stressed trees being highly sensitive to attacks from fungi and insects. Life above ground had a hard summer, and it may appear as if the only thing not affected in the heat is the soil itself.

A new study, written by scientists from several European countries, has investigated how the soil is affected by extreme drought.

- The soil is very much alive. It is home to thousands of fungal and bacterial species that depend on each other in intricate networks and communities, says one of the authors, Professor Sara Hallin at the Department of Forest Mycology and Plant Pathology at SLU.

- These interactions are crucial to a wide range of ecosystem functions such as plant nutrient cycling, clean groundwater and less emissions of greenhouse gases.

That is why the well-being of soil microbes is of great importance, but Sara explains that there is a knowledge gap regarding how these organisms cope with long-time drought. The present study investigates how the microbial community is composed in grasslands with varying vegetation before, during, and after extreme drought.

- Climate change is predicted to bring more and longer periods of drought, which will affect the water content in the soil and thus which microbes may thrive there. The rise and decline of microbial and plant species will in turn affect the soil community at large. These mechanisms are connected in complex networks of causes and effects.

The study used DNA-analyses to investigate the microbial community in grasslands before and during drought, as well as one week and two months after the drought ended. This showed that networks in bacterial communities were affected more severely than those in fungal communities. This is assumed to partly be explained by the fungi’s mycelial structure and ability to transport water making them less sensitive to drought. The effect was long-lasting and still lingered two months after the drought.

- But we also noted that the drought caused a strong increase in a fast-growing, drought resistant grass, Sara says.

- This increase in aboveground biomass cause increased reduction in soil moisture due to evaporation from grass leaves, further drying the soil. Water shortage obviously affects both fungi and bacteria, but the bacterial community is hit hardest.

The scientist noted that the increased presence of the grass itself also affected the bacterial community, but not the fungal. This bacterial decline in turn further supported the grass, causing a positive feedback that reinforced its dominance.

Thus, for several reasons working in tandem, fast-growing grass benefitted by drought has long-lasting impact on belowground microbial communities and by extension which plants may thrive. The scientists believe that these interactions may be an explanation that fast growing grass often dominate on drought-affected soils.

- Soil functions were also affected by the drought. On such function is the soil bacteria’s ability to degrade nitrous oxide, a serious greenhouse gas, says Sara. We could see that drought had a measureable effect on this function.

- The emissions were not affected during the drought itself, but once it ends, they increase by the three-fold for a time. Our study cannot quantify the importance if this to global emissions, but the increase is probably marginal.

In conclusion, the study shows that prolonged drought brings long-lasting effects on the microbial communities in soil, especially bacteria. This effect is enhanced by fast-growing grass that is benefitted by the drought and further dries the soil. The presence of these grasses also has direct impact on the bacterial community, which in turn further supports the grass in a loop of positive reinforcement. The soil functions potentially affected by this disturbance in the long run is not explained by this study, but the impact in itself is worrying and yet another example of how difficult it is to fully predict every outcome of climate change. 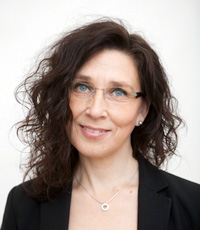