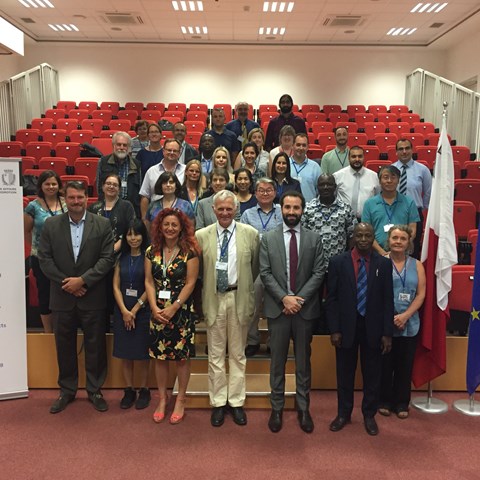 The participants at the UN workshop in Valletta, Malta, in August 2018

The environmental situation in the world's oceans is evaluated by United Nations, supported by Swedish expertise from SLU

The second round of the UN Regular Evaluation Program for the World Oceans is under way and will be completed by 2020 (2nd World Ocean Assessment). The UN is regularly reviewing the state of the environment in the oceans, as well as economic and social aspects of the situation including the current state and future developments.

Lars Sonesten at the Department of Aquatic Sciences and Assessment at SLU has been appointed by Sweden to contribute knowledge of the supply of nutrients to the Baltic Sea and the Atlantic through the work undertaken in the framework of the UN two regional sea conventions for the Baltic and North-East Atlantic via HELCOM and OSPAR. The work of describing the situation in these two sea areas, as well as for the Mediterranean and the Black Sea began with a workshop in Malta 27-28 August, and will continue for a year.