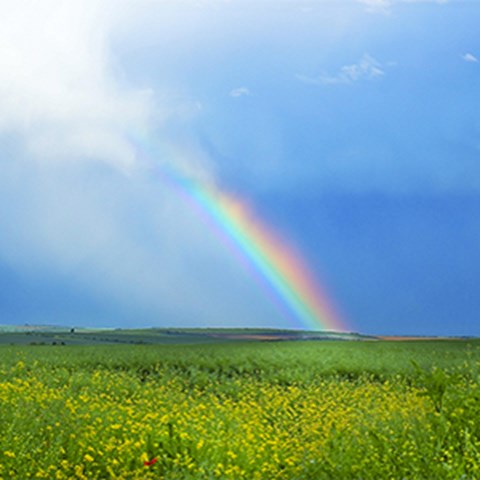 "We, as vice-chancellors of Swedish universities and higher education institutions, are very critical of a decision by the Court of Justice of the European Union.

By limiting the possibility to use this new, precise research tool, possibilities to finding develop new sustainable crops are also limited. This threatens all of Europe's future food supply as well as the supply of other important biological products and the work with reducing the negative impact agriculture has on the environment.

Gene-editing involves a small, directed change to the plant genome, comparable to a natural mutation. Because of the Court of Justice decision, unnecessary risk assessments must now be made before using this technology.

We believe that the negative effects of the decision will be extensive when it comes to research and innovation necessary for the future bioeconomy. The costs involved in obtaining marketing authorisation will be so great that, in practice, it will now be impossible for university researchers and small or medium-sized companies to develop gene-edited crops for the European market. In practice, classifying gene-edited crops as GMOs means a cultivation ban within EU.

This will negatively affect our possibilities to develop future agriculture while also reducing the use of biocides and fertilisers and maintaining crop levels. It will make agricultural development – new types of crops with new, valuable qualities such as drought tolerance, higher nutritional values or plant disease resistance – more difficult.

It is remarkable that the decision maintains that random mutations, caused by radioactive radiation or mutagenic chemicals, will be exempted from regulation, while more new, precise methods to achieve the same result, will be regulated. The court states that the reason for this is that plants which have been mutated with the help of chemicals and radiation have been used for a long time, which means that the methods are considered reliable. It should also be mentioned that the EU has already spent billions on risk research on genetically modified organisms (GMOs) without finding any evidence of risk that can be related to the choice of breeding technology.

The court has made an assessment of a directive that is contrary to their own advocate-general's assessment from January 2018 and the Swedish Board of Agriculture's assessment from 2015; they said that mutated plants must be processed in the same way, regardless of the method used. Similar assessments have also been made by authorities in, for example, the United States and Japan. Today, gene-editing in plant breeding meets no obstacles in Africa, America or Asia, where the technology is regarded as very promising, among other things in the work with securing the food supply in regions where starvation is still a general occurrence.

It is regrettable that the court has not considered the existing scientific evidence, for example that gene-edited plants contain more precise changes than plants treated with radioactive radiation or mutagenic chemicals. Naturally, this decreases the risk of unwanted plant breeding effects.

Despite the fact that the decision references the precautionary principle and the risk of unwanted environmental effects, we can confirm that European biosafety legislation, in this context, counteracts its purpose because it regulates similar crops – with similar risks – differently. We believe that the precautionary principle should be able to highlight more than one perspective. In this context, we are convinced of the need for modern plant breeding to ensure a secure food supply, develop new biological products and reduce environmental problems in the light of, among other things, climate change. If we are not allowed to use these technologies, there is considerable risk that we will not be able to meet future challenges.

Plants are photosynthesis-driven, chemical factories, and a cornerstone in a future bio-based economy is developing plants that produce other utilities than those of today – on fields, within horticultural cultivation, in breeding tanks or closed bioreactors. Swedish university research is ahead in this field, but our projects depend on the molecular technologies that have now been banned through this decision. Finally, this decision will negatively affect international cooperation with countries which have decided to not regulate gene-edited crops in this way. The EU will be forced to try and regulate import of gene-edited crops from the rest of the world – where they will be grown as "regular crops" – despite that fact that they cannot be distinguished. This will encourage cheating and unfair competition.

Based on this verdict, it is clear that cases of a scientific nature require increased efforts from institutions with knowledge of the area. Public authorities such as the Swedish Board of Agriculture, the Swedish National Food Agency and the European Food Safety Authority (EFSA) are doing excellent work in unison with established science – they could provide guidance before legislation is reformed.

Naturally, academic institutions are available to contribute scientific knowledge on, for example, how gene-edited crops differ from conventionally bred crops. Regrettably, our opinions and skills have not yet been utilised, but we hope that a reformed biosafety legislation will be based on academic knowledge.

We hope that politicians at national and EU level realise the extensive negative consequences of this decision, and that they quickly develop a new policy within this area that is based on science."

This is a translation of an article in DN Debate on 12 September 2018: