Representatives of Uppsala kommun and SLU opened September 4th the new Vindbron over Fyrisån just north of Ultuna. The bridge is open only for pedestrians and cyclists. It is an important link between the eastern and western sides of southern Uppsala and increases the mobility of visitors to the Årike Fyris nature reserve.

SLU owns the land and those parts of the previous bridge that are still usable. SLU has donated the bridge foundations to Uppsala kommun which is a major contributing factor to building the new bridge so quickly and without intervention in Fyrisån, which building new foundations would have meant.

Now the municipality takes over the responsibility for the bridge as well as the road connecting Ultuna to the Kungsängen farm. SLU will assist in financing the road construction and open existing parking spaces for the public at the farm.

The bridge is an openable roller bridge and the sailing-free height is two meters. There has been a bridge at about the same place where the Vindbron is located since the 1600s. Since the mid 1990's, the bridge has been closed. 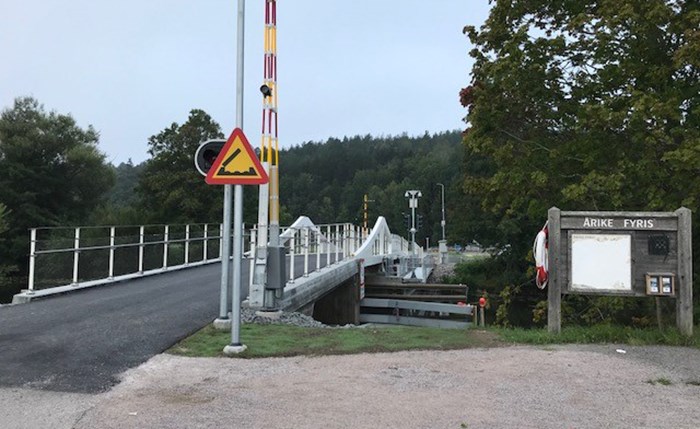 The renovated bridge, Vindbron, gives both staff and students at Ultuna a new route to work/school. Photo: Mia Gröndahl, SLU.

See pictures from the opening taken by SVT Uppland. (In Swedish)