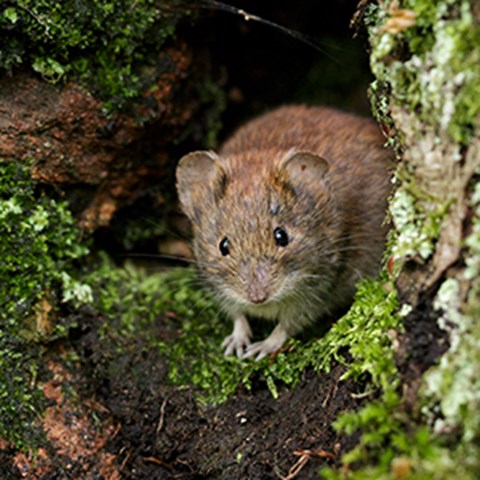 Large forest fires can increase the transmission risk for rodent-borne pathogens, like the virus that causes vole fever (Nephropathia epidemica) in humans. This is the conclusion of research at the Swedish University of Agricultural Sciences (SLU) and Umeå University.

The new study can give a hint about potential consequences of last year's comprehensive forest fires in Sweden regarding rodent-borne diseases. The researchers have in fact studied such consequences as a response to a major forest fire that occurred in northern Sweden in 2006.

"We saw that the proportion of bank voles that host the virus causing Nephropathia epidemica in humans increased as a result of the fire," says Frauke Ecke, project leader and senior researcher at the Department of Wildlife, Fish, and Environmental Studies, SLU.

The result indicates an increased infection risk for people residing in the fire area and that get in contact with the voles' feces and urine.

"The cause of the high proportion of infected bank voles in the fire area is likely the low biodiversity among small mammals, which in turn increases infection risk among bank voles," explains Frauke Ecke.

The total number of bank voles was lower in the fire area compared to unburnt forest. However, the infection risk for people visiting the fire area and getting in contact with feces or urine of the voles is higher in the fire due to the high proportion of infected voles. These results give reasons for caution among the public and especially among occupational groups that work with handling of timber or that reforest the burnt forest areas.