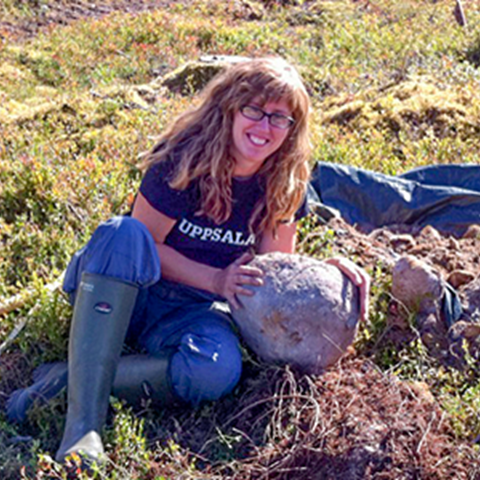 Off-road traffic is an integral part of most forestry operations during a rotation period, but we know little on the impacts of such traffic on forest soils in Sweden. In a new doctoral thesis, Linnea Hansson narrows knowledge gaps within the field of soil disturbances caused by both off-road traffic and intentional disturbances, such as soil scarification.

Forests cover almost 70 % of the land area in Sweden. This area includes 23.5 million hectares of productive forestland, where different forestry operations take place regularly. Soil physical disturbances caused by forestry operations can be both intentional to increase forest production (e.g. scarification), and unintentional (e.g. as a consequence of off-road traffic).

Soil disturbances may affect both forestry production and the environment

The steady development of forestry mechanization during the past six decades has increased soil disturbances. Therefore, it is important to know how these disturbances affect the soil. What happens with the soil water and temperature dynamics? What implications does this have for the establishment of new trees, field vegetation and the surrounding ecosystems? This are questions that Linnea Hansson wanted to find answer to in her new doctoral thesis.

– Before I started my PhD project, I worked as a forestry consultant for the Swedish Forestry Agency. This included giving courses and advice to forest owners as well as checking that the Swedish Forestry Act was being followed. At that time, soil disturbances caused by forestry machines was starting to gain attention within the forestry sector, and I realized how little research was being done in this field in Fennoscandia, says Linnea. 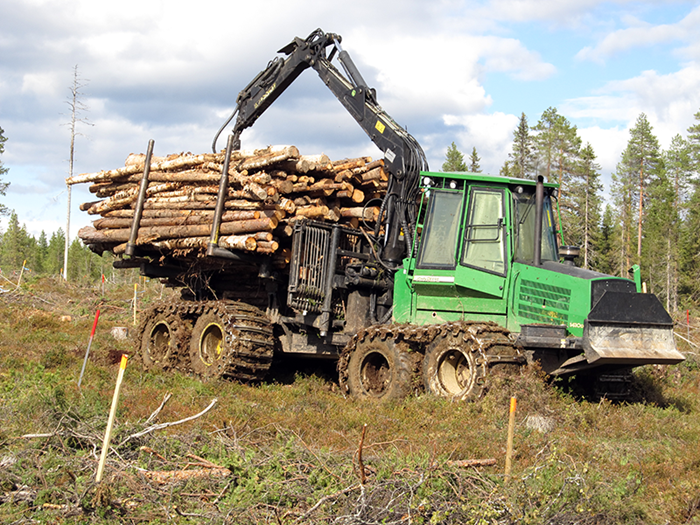 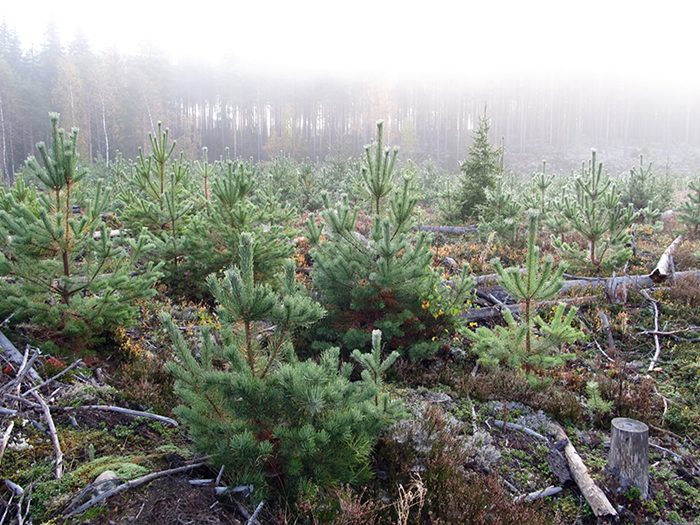 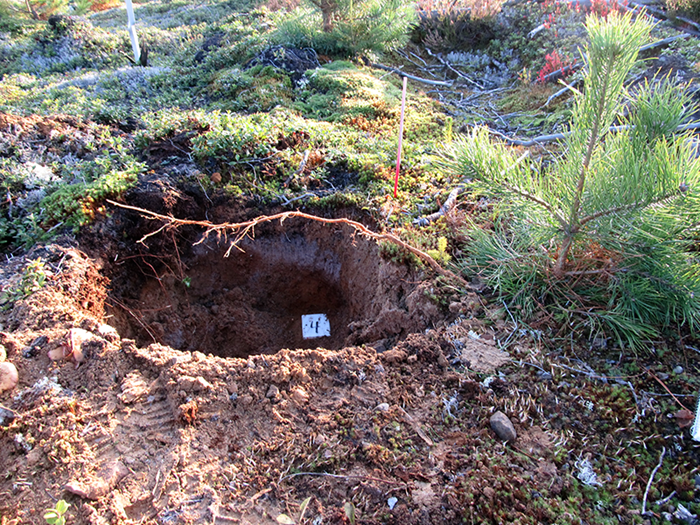 Since then, the Swedish forestry sector has done considerable work to prevent soil disturbances, especially close to waters. However, there are still knowledge gaps in this field, both concerning how to prevent soil damage caused by forestry operations in a cost-efficient way and what long- and short term effects the operations may have on soils and waters.

– I used a combination of soil sampling, X-ray tomography, image and soil physical analyses, measurements of temperature and water content in the forest soils, vegetation survey, evaluation of abiotic growing condition, and hydrological modelling to answer these questions, says Linnea.

The most notable results were that even stony till soils were compacted by off-road traffic. This affected especially hydraulic conductivity, reducing it by 70%. Changes in soil physical properties caused by traffic may lead to longer periods of high water content, increased risk of surface runoff and insufficient root aeration.

Logging mats and residues prevented creation of deep wheel tracks by off-road traffic, despite the additional passes necessary to apply (and remove) them. However, the logging residues were pressed into the soil, with potential soil compaction and element concentration beneath them as a result. Therefore, care should be taken when planning off-road traffic, even on sandy till soils with high stone content.

After soil scarification, the soil temperature during growing season was higher in the furrows than in the area without disc trenching. The temperature effect lasted for at least six years, but decreased over time.

– The short- and long-term consequences of unintentional and intentional soil disturbances caused by forestry operations constitute a research area that still needs more attention, especially in Sweden. One goal of such research would be to help policymakers to make decisions concerning to what extent soil disturbances are tolerable when considering productivity, profitability and the environment, concludes Linnea. 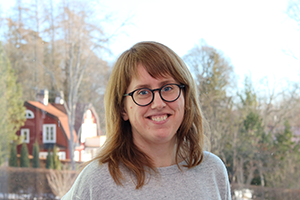 Department of soil and environment
Linnea.Hansson@slu.se, 018-671993

Linnea Hansson defends her thesis on March 20 2019. Read more about the defence here. 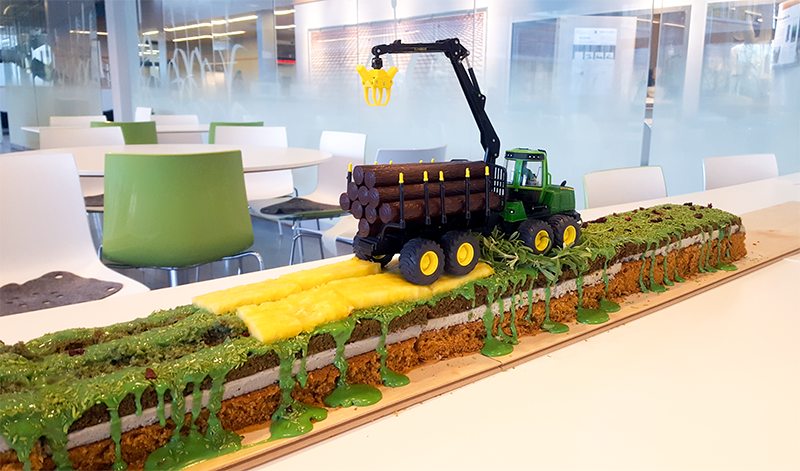 Linnea Hansson invited the Department of Soil and Environment to celebrate her thesis with a very special cake. Photo: Linnea Hansson.