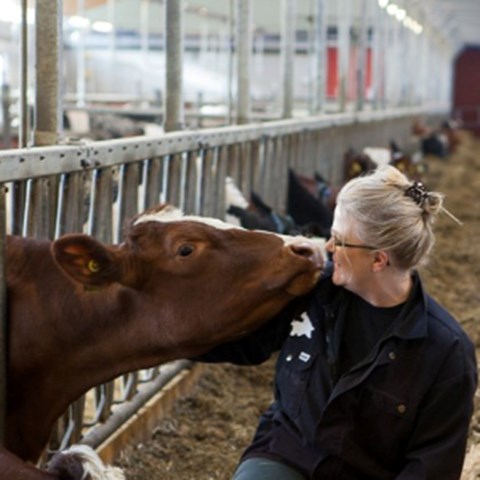 Sigrid Agenäs och Lars Rönnegård have been chosen as Beijer-researchers and will be installed at SLU on 3rd of September 2019. Both of them are going to analyze large amounts of data, big data, that is generated by cows in loose housing.

A large amount of data is generated automatically when keeping cattle in loose housing in a barn, for example when the cows feed or are milked in an automatic milking system. The collected data can be interpreted and used as a basis for decision on future activities and measures at the farm. One example is the identification of individuals who need extra care and attention. This procedure is called Precision Livestock Farming (PLF) or Precision Dairy Farming (PDF) for milk production.

"For the farmer, this is about spending the right resources on the right measures. One of the basic ideas is to collect data at a low cost without disturbing the animals," Sigrid Agenäs explains.

She is one of the awarded researchers and will among other things analyze data from the automated milking system at SLUs research farm Lövsta outside Uppsala. Even though the automatic system generates a lot of data only a small part of it is used as a basis for actions. For example, some cows milk with a steady flow whereas others show more variation. This information could be used to identify machine malfunction and possibly even to assess udder health, according to Sigrid Agenäs. Milk quantity indicators and milk composition can also be used to identify cows in need of care. The work and planning at the farm can thus be aided by these results.

"Individualizing the settings of the automated milking system to each individual should be of benefit both the individual cow and to the farm as a whole," Sigrid Agenäs points out.

Loose housing means that the cows can move more or less freely in the barn together with the other cows. Thus they are living in a social environment. Some cows can disturb others, resulting in a sub-optimal feed intake, rest and milk yield. The farmer has little possibilities to influence that type of behavior.

By using sensors that collect the positions of the cows every second, Lars Rönnegård will study how the cows move in the barn and interact with each other.

"We hope to see which characteristics affect the number of contacts between cows. We also want to investigate if there are patterns that distinguish disruptive from positive contacts and whether there are social contacts that affect the milk production process," Lars Rönnegård explains.

The grant from the Kjell and Märta Beijer Foundation runs over three years, with the possibility of extension. Both Sigrid Agenäs and Lars Rönnegård will use the opportunity to expand their expertise in big data within their research area.

"Big data is developing fast which also means that the entire field is moving forward at a fast pace. This funding provides freedom to be part of this development and test ideas without having to wait for lengthy application processes. That is of very great value," Sigrid Agenäs points out.

The Beijer Laboratory for Animal Research (BLAS) is part of the Beijer Laboratories in Uppsala and is financed by a donation from the Kjell and Märta Beijer Foundation. Director Ulf Emanuelson is pleased with the new addition of Sigrid Agenäs and Lars Rönnegård.

"This is the second time the Beijer Foundation supports our research and we are very happy about this. Just like in rest of the society, very large amounts of data are now being created in agriculture. This data can be used to make production more sustainable, both for farmers and animals as well as for society. This area is still in its infancy and to be able to utilize the full potential of the data we must first become better at handling them. The contribution from the Kjell and Märta Beijer Foundation is therefore very valuable," Ulf Emanuelson concludes. 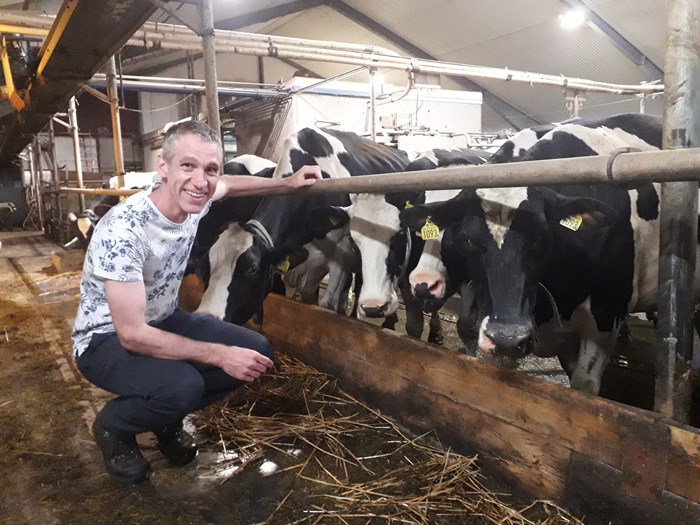 The lectures are given in English.