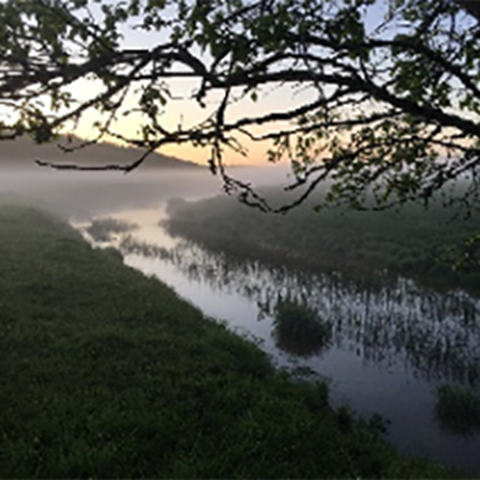 The ’Nordic Centre of Excellence’ BIOWATERis dedicated to the exploration of potential changes in landuse, forestry and agriculture impact on waters and society. Biowater researchers have now published a number of articles in a special issue of the scientific journal AMBIO that focus on the evaluation of these changes.

In a fossil-free society, the demand on land for production of not only food, timber and fibre but also fuel will increase. This will result in increased pressure on the land and thus an increase in the risk for negative environmental impact on land and waters. In addition, climate change effects will likely lead to additional risks on production such as water scarcity and flooding.

Increasing our understanding of how landuse affects the turnover of nutrients and organic substances, will support development and implementation of countermeasures that reduce negative impacts. In addition, we can also learn more about how land can be managed to reduce climate effects and improve production. Below we highlight results from some of the articles that include SLU researchers.

Agricultural background leaching is assessed differently in the Nordic countries

Reference values ​​are used as the basis for determination of the goal of good ecological status in watercourses. For natural waters, the assessment is broadly the same in Denmark, Finland, Norway and Sweden. On the contrary, the assessment differs greatly for the waters in the agricultural landscape. An important explanation is that unaffected reference waters in the agricultural landscape seldom exist, simply because almost all productive land is already used for agriculture.

– How the countries assess the target level for waters in the agricultural landscape will determine the need for mitigation measures to improve the waters. Since this work is governed by the EU's water directive, it will thus be mandatory for the countries, says Jens Fölster.

– Here we need harmonisation among the countries, but we may also have to accept that certain waters cannot achieve sufficiently good status. It may be better to focus on waters and catchments where the potential for taking action and achieving improvements is greater, says Katarina Kyllmar.

Long-term monitoring in affected catchments provide indication of changes depending not only on landuse and land management strategies, but also on climate change. This type of monitoring is needed both in forests and in agricultural landscapes in order to follow up on whether implemented measures have the expected effect.

– So far, focus in environmental monitoring has been more on unaffected waters, but to ensure that implemented measures have the expected effect, reference waters which represent affected waters are also needed, says Katarina Kyllmar.

Scenarios as a basis for discussion on strategies and planning

As the need for more production in forests and agricultural landscapes increases, we need strategies for how to use the land with as little negative effects as possible. Within Biowater, an important task has been to develop scenarios that describe various possible pathways for a future bioeconomy. These scenarios serve as an aid to discuss alternatives on landuse and land management and what we may need to get there.

– This may mean that fertile land will continue to be used for high production, but with mitigation measures to reduce the impact on the environment. While less productive land may instead be used for perennial production of grass, fibre or fuel, or for wetlands provided that the nutrient inflow is high enough, says Jelena Rakovic.

Optimised landuse also means that individual measures which, for example reduce nutrient losses, need to be be located where they are most effective. This requires both large-scale tools for identification of regions where an individual measure has the greatest potential, but also tools for the farm or the small catchment localisation.

- Constructed wetlands should be located where the nutrient concentrations in incoming water are sufficiently high, and where the water flow is neither too large nor too small. For that, we have developed a modeling tool that points out where there are suitable locations and indicates the necessary size of efficient constructed wetlands, says Faruk Djodjic.

Please contact us if you have questions related to the articles.

Faruk.Djodjic@slu.se (tools for localisation of wetlands)