During the 5-6 of December three teams competed in the innovation competition Hack for Sweden 365 to help forest owners fight damage caused by the European spruce bark beetle. The team Mellerud PK won with their solution that connects the physical and digital world and creates benefits for government agencies, research and forest owners. 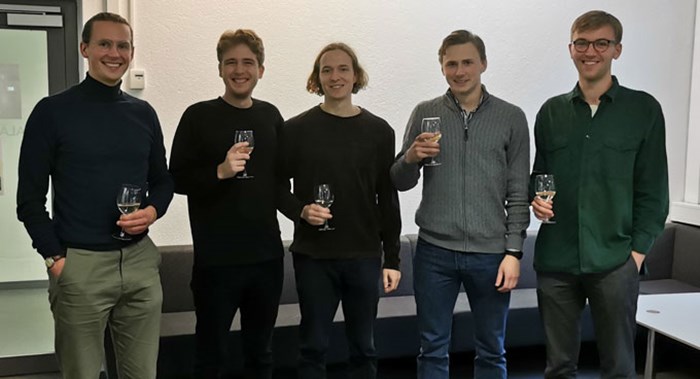 "This is a real societal challenge that affect many people, not only in Sweden but also in large parts of Europe", says Anna-Lena Axelsson, coordinator of the EMA Forest programme at SLU.

The finalist teams Helsingborgs Dreamteam, Mellerud PK and Skogshjältarna came from different parts of the country. All teams presented solutions that could be realised on the market, but Mellerud PK won with their forest app solution.

"It’s great to see the innovative power that exsits among the participant. The three finalist teams have different backgrounds and conditions but all demonstrated an ability to tackle a complex problem and solve it in a brillian way. I am so impressed", says Bengt Djuvfeldt, project manager National Forest Data Lab at the Swedish Forest Agency.