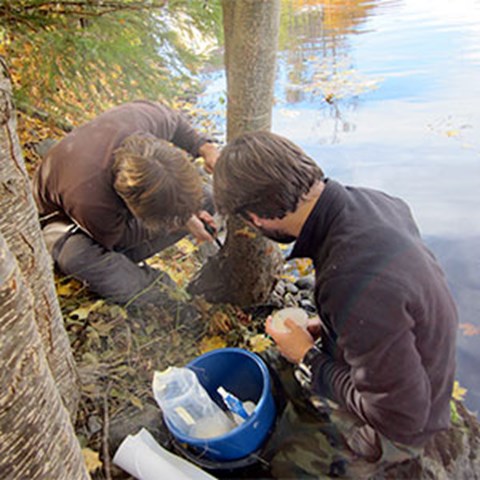 The risk is high for wide-spread attacks on alder trees in a warmer Sweden. This is the conclusion drawn by SLU scientists after having observed that the alder population will not be able to adapt to attacks by an aggressive form of the pathogen alder phytophthora by means of natural selection, since it has no genetic component on which the selection can work.

Plants and parasitizing microorganisms in long running co-existence develop a certain balance. The most sensitive hosts die and their genes disappear from the population, but those carrying a degree of resistance will do better and may spawn less susceptible progenies. When a pathogen is introduced to new ecosystems, this selection has not yet occurred and a large part of the population may lack resistance altogether. Ash decline is an example of a disease where a very large amount of defenseless trees die during the early invasion stages.

For the attacked population to adapt and eventually develop a balance with the pathogen, there must be some individuals with a certain degree of genetic resistance. If these are too few, mortality will eventually skyrocket. The common elm, for example, has very little or no resistance to the dutch elm disease, which is why billions of elm trees across the globe have died, and are dying, in an ongoing, more than 100 years long outbreak. Another example is chestnut blight, a disease that virtually eradicated the chestnut tree from North America in the early 20th century. To estimate the genetic potential for resistance against a certain pathogen in a certain population may thus be an efficient way to predict the level of mortality an epidemic could cause. A new study from SLU does exactly this, by measuring resistance to alder phytophthora in Swedish alder trees. 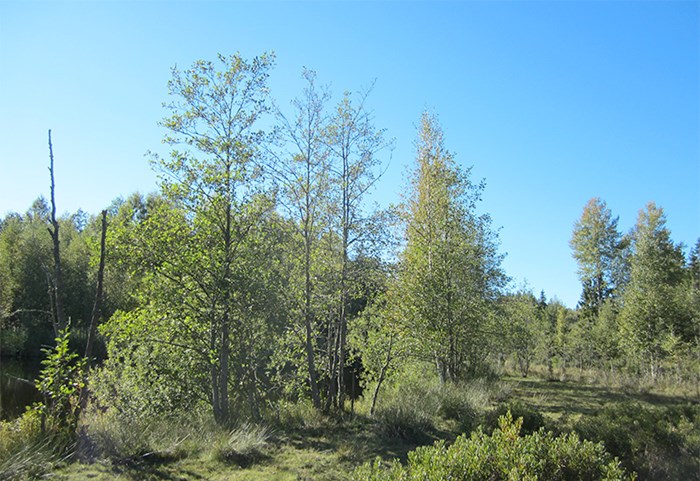 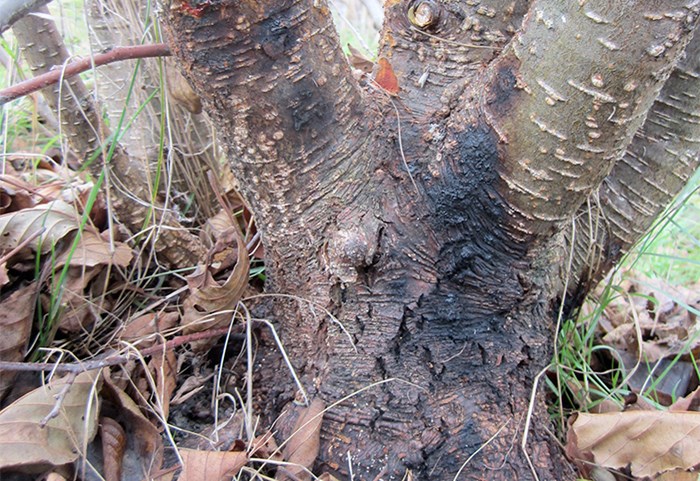 Phytophthora alni is an organism that attacks the roots and the lower trunk of alders. Photo: Miguel Angel Redondo 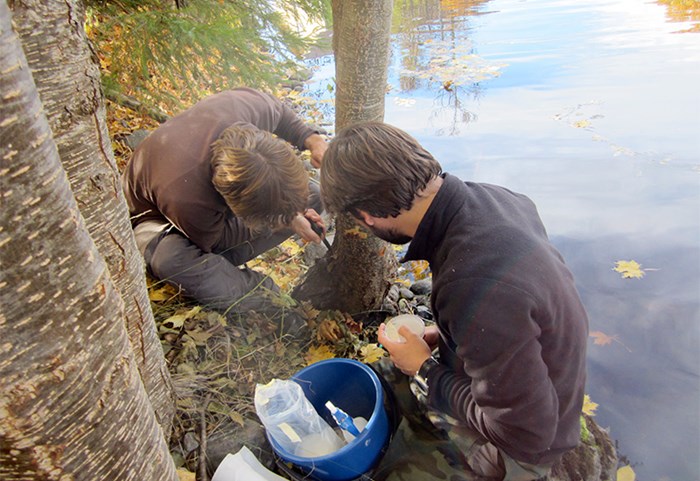 Swedish alder trees are attacked by two alder specialized Phytophthora species; Phytophthora uniformis (PU) and P. alni (PA). PA is more limited by low temperatures which is why it has so far been confined to the Southern parts of the country; Skåne, Blekinge and Halland. PU has been spotted as far north as Gävle. However, PA is considerably more aggressive than PU. In a warmer climate, PA may well spread throughout Sweden and cause extensive damage. The ecological significance of alder notwithstanding, its root system is crucial to the structure of many riverbanks. Miguel Angel Redondo at the Department of Forest Mycology and Plant Pathology at SLU has investigated the innate resistance of alder against these attackers.

– Phytophthora species are spread through water, and alder trees are mainly attacked when growing on the waterfront, Miguel says. Hence, we assumed that alder populations far from water have been subjected to less infections. If there is any genetic resistance in alder, the most susceptible trees should be gone close to the bodies of water, but remain in other places. Thus, on average, the riparian alders should be more resistant to Phytophthora.

Miguel collected cones from six alder trees around three water bodies infested by PA and PU respectively, and for each body of water also in an adjacent area without open water. Seeds from the cones were planted and 60 progenies from each tree used for inoculation experiments.

– The plants were placed in suspensions of PA respective PU spores for a few hours, Miguel says. During the coming 10 days we noted the number of dead plants and used that as a measure of each tree’s susceptibility to the attacks.

No increased resistance against Phytophthora alni

The scientists observed that almost twice as many PU-infected plants survived if the cones were collected close to the water bodies (i.e. in infested areas) rather than from farther away. No such difference was observed for PA; the average resistance was similar regardless of whether the area had been attacked by the pathogen in the past or not.

PA also proved to be 27 % more aggressive than PU throughout the experiment. One theory suggests that aggressive pathogens do not apply the same evolutionary pressure on the host population as weaker do, because they kill the host tree too fast and thus does not maximize its own propagation. If that would be true in this case, the alder population might harbor a resistance to PA, but it is not selected for since so few trees are infected. Miguel does not believe this is the case.

– We noted that regardless of whether the area is infested by PA or PU, approximately the same percentage of trees show symptoms. Thus we assume that both pathogens have enough propagation potential for natural selection to take place.

– Our results show that there might be a genetic variation in the alder population for resistance towards PU, Miguel summarizes. This has allowed the most resistant trees around the waters to survive, whereas no such selection occurred where the infection pressure was lower. But we see no such effect following PA infections. This means that it is not likely that our alder trees will adapt to PA, at least not in the short run. In a warmer climate, PA will probably continue to spread north, which might result in widespread damage to alders all over Southern Sweden.