New advice on how to create stable agricultural ditches 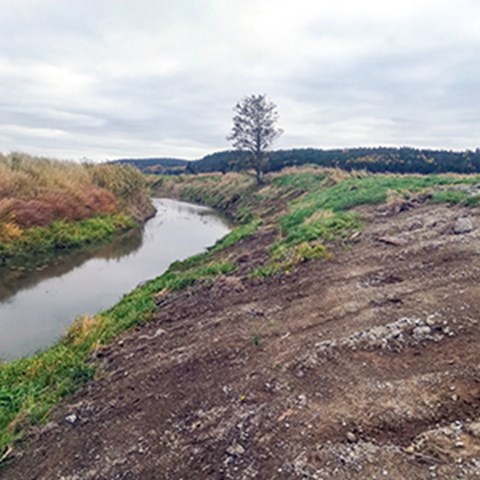 How ditches’ function to divert water is maintained while the need for maintenance is reduced in the long term has been investigated in a new thesis. Photo: Daniel Avilés.

Agricultural ditches degrade over time and risk becoming unstable. In a new doctoral thesis, Daniel Avilés has proposed methods for identifying soils that are sensitive to erosion and mass movements. The thesis also describes that soil vegetation helps to stabilise ditches.

The degradation of agricultural ditches is often due to soil erosion, which can cause mass movement (bank failure) when the toe of the bank is eroded, or the slope of the bank is too steep. Soil eroded or displaced by mass movement is reducing the drainage capacity and increasing the need for maintenances of the ditches.

–Today, there is a great lack of knowledge on how to easily identify soils that are susceptible to erosion and bank failure, says Daniel.

Where should maintenance work be prioritized?

Deciding where to prioritise expensive maintenance work in agricultural ditches is a difficult task. As there may be multiple sources of instability, for example soil erosion and soil mass movements, it can be problematic to determine which indicators should be considered. This information is important for making decisions regarding possible stresses caused by water flow that should be considered when designing ditches. 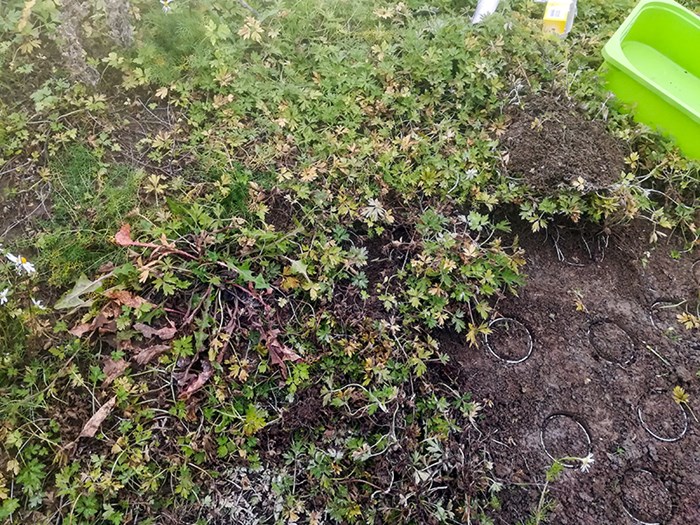 Erosion of ditches’ strength with or without plant roots was investigated. Photo: Daniel Avilés.

In a new doctoral thesis, Daniel Avilés presents a method to evaluate how easily a soil can be detached by the action of the water flowing in the ditch.  A cohesive strength meter (CSM) was used to measure how resistant a soil is to detachment compared with other soils. The measurements can be used to compare soils within an area and to identify ditch segments that are more prone to erosion and thus require more maintenance work. In addition, these measurements can be used to relate a soil’s strength to possible hydraulic pressures that may occur in a ditch, says Daniel.