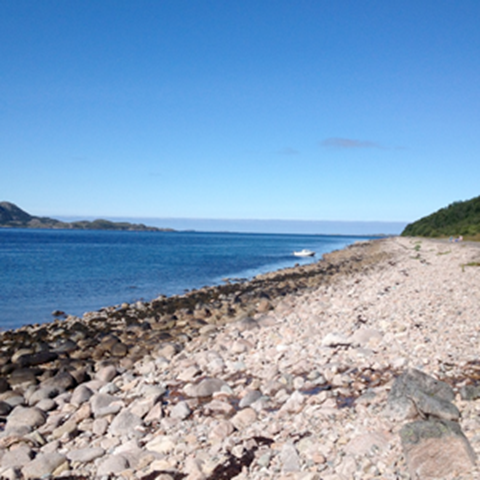 Nitrate transported by rivers to our coasts are degraded by bacterial communities in sediments into the greenhouse gas nitrous oxide, or into harmless nitrogen gas, depending on species composition. In a new study from SLU, it is shown that in particular sandy and silty coastal sediments is inhabited by species capable of the transformation from nitrous oxide to nitrogen gas. This makes it important to protect the variation among habitats, not to risk an increased contribution to the greenhouse effect from our coastal areas.

Anthropogenic involvement, through fertilization for example, has resulted in many water bodies being enriched in nitrate nitrogen. The nitrate is eventually transported to the sea where it is degraded by bacterial communities in shallow coastal sediments. Depending on species composition, the end product of degradation can be nitrogen gas, a naturally occurring component of the atmosphere, or nitrous oxide, a potent greenhouse gas that is also harmful to the ozone layer.

By measuring the abundance of genes involved in degrading nitrous oxide in relation to those producing it, it is possible to estimate whether a community is producing or degrading nitrous oxide. This process, known as denitrification, has many steps, and the potential of a community to conduct the entire chain of reactions may either depend on few bacterial species single-handedly being able to perform all steps, or on a combination of species doing so together in tandem.

Different bacteria thrive in different environments and habitats. The coastal seafloor naturally consists of many different micro-environments, which benefits the microbial diversity and improves the sediment’s ability to perform various kinds of ecosystem services – including degrading nitrous oxide.

Human behavior tends to affect all kind of natural variation. Eutrophication, terrestrial run-off and other factors threaten to homogenize coastal sediments, which could lead to lesser species variation and thus poorer ability to perform ecosystem services. Whether this could also lead to increased nitrous oxide production, as an effect of fewer nitrous oxide degrading microbes in the community, is unclear and has been investigated in a new study from the Department of Forest Mycology and Plant Pathology at the Swedish University of Agricultural Sciences.

– We compared denitrification in experimental seafloors with four degrees of habitat variation, says Lea Wittorf, main author of the study. We took samples from sediments that were sandy, silty, covered with Ruppia maritima, and with cyanobacterial mats. We arranged these into artificial seafloors consisting of one, two, three or all four habitats, and subsequently measured biodiversity, denitrification and the prevalence of nitrate- or nitrous oxide degrading genes.

As expected, species variation in the artificial lake floors increased the more habitat types they contained, but Lea and her colleagues did not observe any difference in neither actual denitrification nor genetic potential for denitrification. The nitrous oxide degrading bacteria appear to be diversified enough to perform the ecosystem service even when only coming from one type of habitat. However, since species variation and diversity is affected, the loss of habitats could make the seafloor more susceptible to further stresses in the future. 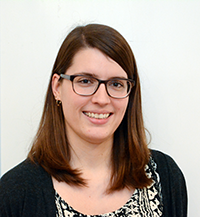