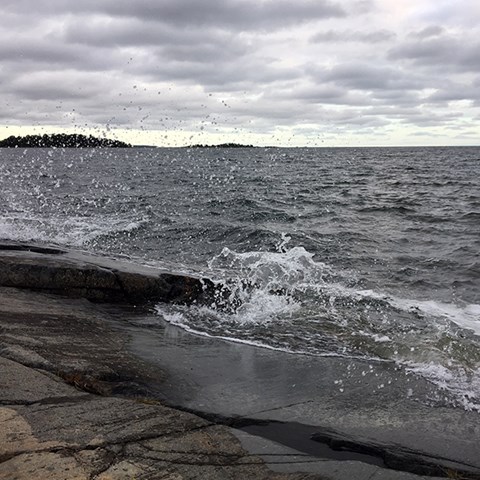 The concept of the "Ocean Health Index", which has been used in several oceans to classify the state of the environment and the ecosystem services provided, has for the first time been applied to the Baltic Sea with the title "Baltic Health Index". The index scores 76 of in total 100 points, which is slightly higher than the combined score for all the world's oceans together, but far from good.

The index receives 76 out of 100 possible points, which is slightly higher than the combined score for all the world's oceans. At the same time, the score for the Baltic Sea indicates that the condition is at a good distance from the 100 points that are the limit for characterizing a satisfactory state of the environment.

According to the index, the health status of the Baltic Sea varies between areas and between parts of the ecosystem. For example, coastal fish, employment and the economy score high, while pollution, protected areas, eutrophication, biodiversity and carbon dioxide storage receive low scores.

- The low scores for biodiversity show that the condition of key habitats, several fish species, mammals and birds is unsatisfactory in the Baltic Sea, and that measures are needed to improve it. Striking are the large differences between areas, where the Bothnian Bay gets high scores while the condition in the southern Baltic Sea is significantly worse, says Andrea Belgrano at the Department of Aquatic Resources at SLU, who led the work of assessing the state of biodiversity.

According to the assessment, coastal fish receive the highest scores of all parts of the index assessed in the Baltic Sea. This indicates an almost satisfactory condition for fish along our coasts, but even here there are large variations between areas and signs of concern.

- Our analyses show that the condition of the fish on the coast is significantly better in the more northern parts of the Baltic Sea compared to more southern and western areas. The data we used extends to 2016, and in recent years we unfortunately see a deteriorating condition of coastal fish in several areas. A future update of the index will therefore probably show a lowered score for coastal fish, says Jens Olsson at the Department of Aquatic Resources at SLU, who led the work of assessing the condition of the fish along the coasts.

Thorsten Blenckner is the first author of the study and research leader for the Baltic Health Index's evaluation team at the Stockholm Resilience Centre. In the press release about the study he concludes the following.

- This is a truly operational tool, any small county around the Baltic can use and adjust it to the local context and follow their management measures all in one.

The results of the study The Baltic Health Index (BHI): Assessing the social–ecological status of the Baltic Sea are published in the latest issue of the journal "People and Nature".