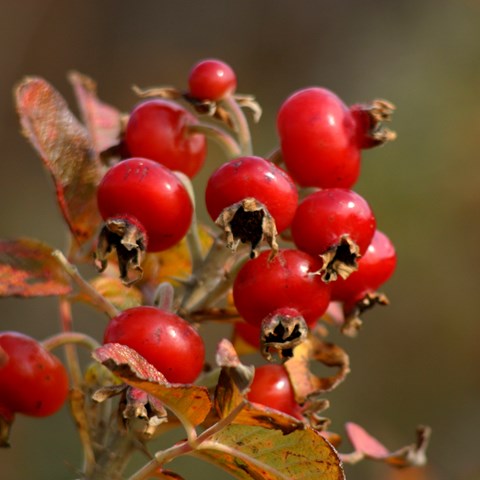 With climate warming, nature’s springtime events are becoming earlier and autumn events later. But across the giant region of Russia with neighbors, the rate with which an event is shifting in time depends on when (spring or autumn) and at what trophic layer (plants, herbivores or predators) it occurs, and whether we consider a warm (southern) or cold (northern) site. Overall, these differential shifts make food chains squeak in the changing climate. These results are now published in Nature Climate Change by an international research group.

Climate is shifting and so is the timing of nature. Over the last decades, research has shown how spring-time events become earlier and autumn events later. A new study adds color to this black-and-white image, showing just how much this rule of thumb differs between regions. With researchers bringing together data across the giant region of the former Soviet Union, it turns out that events are advancing more or less depending on when and where they occur, and what type of species they concern.

Just why these results are so worrying is explained by professor Tomas Roslin from the Swedish University of Agricultural Sciences,who lead the study together with professor Otso Ovaskainen from the University of Helsinki, Finland.

“Did you ever play Jenga – the game where you create a high tower of wooden blocks piled on each other? Then you will be well posed to see the perils of what is happening. Consider what will happen if – once you have built your Jenga tower high and mighty – you try to move it across the table by pushing on the lowest layer of blocks. With the different layers waggling at slightly different speed, your tower will first sway perilously, then fall apart. Now it does not take much imagination to replace your bricks with species piled on top of each other into tropic layers; that is, species feeding on the layers below them. And what we do not want to happen is that the whole construct coming tumbling down …”

Built on a unique collaboration

The research makes use of a recently erected archive of nature’s calendar. For many decades – in some cases a full century – scientists have been recording nature’s calendar in more than 150 protected areas across the former Soviet Union. Now all these data have been compiled through a collaboration of more than 300 colleagues in over 80 organizations from Russia, Ukraine, Belarus, Kyrgyzstan, Uzbekistan, Finland and Sweden.

The current study is the second break-through based on the new resource, explains Maria Delgado at the University of Oviedo, Spain:

“It continues from where our recent paper in PNAS ended. In that paper, we were able to show how animals and plants in different regions actually respond more differently to variation in climate than if they all shared the same response. This shows an imprint of past evolution – that local populations have adapted to the long-term conditions at their site. As a consequence, they will now be subject to new selection by changed climatic conditions.”

A bewildering mix of changes

The key result brought out by the new study is variation – but indeed variation along some general patterns. In a warmer climate, spring events tend to occur earlier and autumn events later at warmer (typically lower latitude or elevation) sites. This results in longer activity periods for animals and longer growing seasons for plants. Among the events shifting earlier across the continent-sized area studied was the break of ice cover, the first blooming of many plants (from coltsfoot to lily of the valley), the first flight of bumblebees, and the first occurrence of a range of bird species (ranging from the swift to the crane). Among events shifting towards a later date, the researchers identified the formation of snow and ice cover, the timing of autumn colors and leaf fall in several trees (from aspen to birch) and—perhaps oddly enough—the spring-time awakening of the brown bear.

A key finding was that events shifted at different rates at different levels in the food chains. This was particularly evident for plants, which advanced early or delayed late events faster than did higher trophic levels. Fastest of all changed the abiotic (non-living) events, showing that overall, organisms are failing to keep even pace with the variable climate.

Complicating things even further, some shifts occurred in opposite directions at cold versus warm sites. Among the concrete examples of events that have actually shifted later at cold sites but earlier at warm sites were the first spring rain, the onset of blooming in Scots pine and marsh Labrador tea, and the first song of the skylark. Among events shifting earlier at cold sites but later at warm sites were, for example, the arrival of the rook, and the ripening of blueberry and lingonberry.

Surprisingly, the timing of events within a site seemed glued together by some factor beyond just year-to-year change. A large majority of all phenological events within a given site in a given year tended to be consistently ‘early’ or ‘late’ – to an extent inexplicable by the effect of the year as such.

“One coordinating factor are the live interactions between species, says Tomas Roslin. Overall, communities are unlikely to respond to changes in climate as a set of disparate species just happening to live in the same place at the same time. Rather, these species interact with each other in a myriad of ways, and the community is thus prone to respond as a whole. Remember that brick tower? Maybe we can say that some of the pieces are glued together with stronger or weaker glue – and that will affect how the tower waggles on before it falls.”