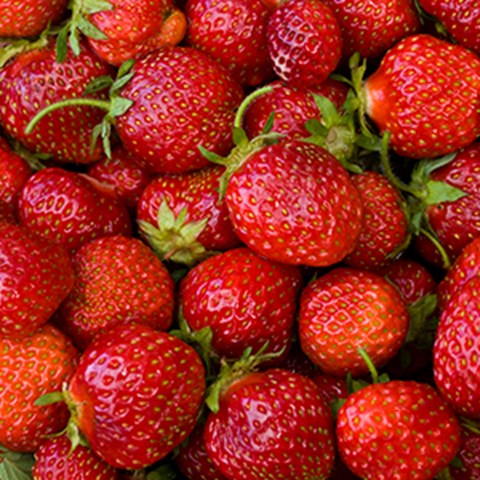 This summer, gardeners throughout Sweden could report which organisms lived on their strawberries, such as insects, birds and diseases. The SLU team behind the strawberry app had hoped for more reports but are still happy with this pilot. Via the strawberries, they wanted to draw attention to plant health and there was a lot of media attention. The UN announced 2020 as the international year of plant health.

The strawberry app is the result of a discussion between some enthusiastic plant protection researchers who wanted to do something together with people across Sweden in connection to the International Year of Plant Health 2020. Building on the great popularity of strawberries, they wanted to illustrate how complex the interactions between crops and other organisms can be and what great significance this has for the yield.

Armed with a small budget, they worked with an app developer and started a citizen science project where people could report which organisms live on or use strawberry plants and berries. The target group was people who grow strawberries in their garden, allotment or pots on the balcony.

“The interest from the media was great and the app had over 400 visits, but in the end we only received 45 reports”, says René van der Wal, professor of Environmental Citizen Science, Swedish University of Agricultural Sciences.

The reports came from different parts of Sweden - from Skåne to Västerbotten. An interesting thing was that people reported many animals that were not described in the app - ants, voles, hedgehogs and various insects. Some observations surprised the researchers. For example, a report that cockchafer larvae ate the plants from below so that they withered and died just before the berries were about to ripen, and that voles enjoyed eating strawberries.

“The ecological observations were generally of good quality but their number is too low to be used as stand-alone data at this stage. But if we had more reports, we could develop guidance and plant protection advice for strawberry cultivation in Swedish gardens, says René van der Wal.

In some ways the project succeeded very well - the interest media interest was great and those who participated in the project seemed to have learned a lot by closely observing their strawberry patch during the summer.

“This held true for us organisers as well – an awful lot happens in and around strawberries, which is rather fascinating! So, we are not surprised that participants had new and rich experiences too”, says René van der Wal.

They would like to continue, but need funding to make improvements to the app based on the first year's lessons. And most importantly, to team up with other organisations to build up a strong a network of gardeners who keep a close eye on what all lives on and from their strawberries.