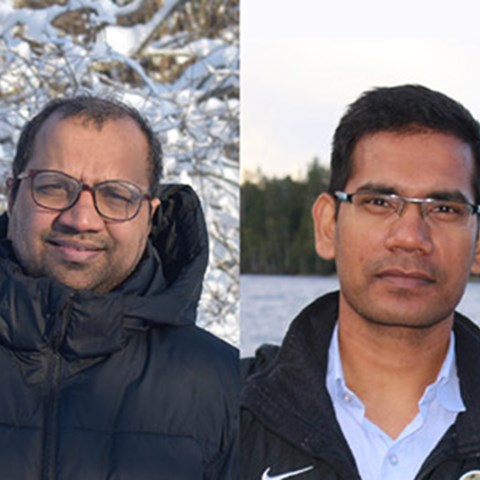 The Ramalingaswami Fellowship is very prestigious in India. Only 75 Indian Nationals working in a broad range of fields within science and technology are awarded with this fellowship. Vikash Kumar, who is currently working as postdoc at UPSC, and Jay Prakash Maurya, who left UPSC by the end of 2019, are two of the 75 awardees of the competitive 2020-2021 selection.

The fellowship is given to Indian Nationals who are working overseas or who have been returned to India not more than a year ago before the application closes. For five years, fellows will receive a monthly remuneration and a research grant to allow them to build up their own research group at scientific institute, university or in a relevant industry of their choice in India. The goal is to attract highly skilled researchers that left India to work abroad by providing them an attractive opportunity to continue with their research and development studies in their home country.

“This fellowship is really a kind of boon to a young researcher who is going to start his own lab, especially at Indian universities where you get in the beginning comparatively less infrastructure facilities for the research you want to pursue than research institutes like for example UPSC”, says Jay Prakash Maurya who started to work as Assistant professor at Banaras Hindu University in Varanasi in February 2020 and was working before in Rishikesh Bhalerao's group at the Department of Forest Genetics and Plant Physiology at the Swedish University of Agricultural Sciences.

Vikash Kumar who is currently working in Nathaniel Street’s group at the Department of Plant Physiology, Umeå University, adds: “This gives big confidence to continue with a scientific carrier. Being among 75 gives immense pleasure to return back to my homeland, and also a big responsibility to deliver and excel in the field of science.”

Vikash Kumar started in October 2014 as postdoc in Ewa Mellerowicz group at the Department of Forest Genetics and Plant Physiology at the Swedish University of Agricultural Sciences researching on cell wall biosynthesis. Since August 2019, he is working in Nathaniel Street’s group focussing on conifer genome analyses. His plan is to take up his fellowship at the Central University of Rajasthan and continue with plant cell wall research, its biogenesis and involvement in plant defence during biotic and/or abiotic stress.

“The stay at UPSC gave me the chance to learn plant cell wall biogenesis and its importance in plant growth and its potential contribution in development of sustainable ecosystems”, explains Vikash Kumar. “To move on now to a new institution, the Central University of Rajasthan, will give me ample of opportunity for further carrier establishment. I will not remember Umeå only for my carrier development, but as well for my family settlement with addition of two adorable daughters (Aashima and Sai). We are going to miss the long period of snow cover in Sweden.“

Jay Prakash Maurya joined Rishikesh Bhalerao’s group at UPSC as postdoc in August 2015 and researched on the photoperiodic control of seasonal growth. He left UPSC end of year 2019 to start a permanent position as Assistant Professor at the Department of Botany at Banaras Hindu University in his hometown Varanasi in India. He is planning to stay at his current university and do both basic and agriculturally important research.

“At UPSC I worked with poplar which is a model tree plant and whose genome is not well annotated. This led me to learn many aspects of bioinformatics and more about how to work with such not well streamed genomic systems”, explains Jay Prakash Maurya. “I will focus in my future research on seedling development in Arabidopsis, which has a comparatively simple and well annotated genome, and on tuber formation in potato, where the genome is polyploid and also not well annotated. The experience which I have gained in the last years will play a very important role in shaping my future research.”

Jay Prakash Maurya pointed out that his time at UPSC not only helped him to improve his CV with high-quality research publications in high impact journals – a main factor for getting the fellowship in his opinion. It also allowed him to expand his scientific network by getting new contacts and making new friends.

“It feels good to know to have talented good friends with a very diverse range of expertise which I could request, if needed”, says Jay Prakash Maurya. “Me and my family members had a very good time in Umeå with nice people and we miss the Swedish winter a lot. Even, my wife and kids say Umeå is the heaven on Earth, and they want to see it again at least once more in future.”