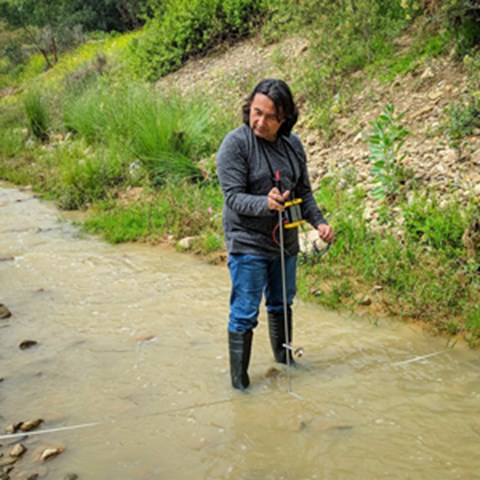 Benjamin Gossweiler Herrera describes the impacts of three decades of unregulated urbanisation and land use change on water quality and streamflow in the semi-arid Rocha River catchment in Bolivia in his new doctoral thesis. Photo: Samuel L. Gossweiler Rivas.

Urbanisation cause degradation of water quality and streamflow in rivers and streams worldwide. With the Rocha River catchment in Bolivia as an example, Benjamin Gossweiler Herrera evaluated land changes, water quality and flow in the river after three decades of urbanization in his new doctoral thesis. His results demonstrate the need for effective remedial measures, including continuous monitoring, pollution mitigation and water quality restoration.

The ongoing degradation of water quality and streamflow in rivers and streams worldwide is mainly due to human action through global land use change, particularly urbanisation. Population growth and economic development are major drivers of urbanisation, which causes environmental problems such as high water demand and solid waste and wastewater generation.

– When standing on one of the many bridges that cross the Rocha River in Bolivia, a quick look shows obvious contamination of its waters. You can see dark colour, foam and floating rubbish. In addition, you can often detect an unpleasant odour, says Benjamin Gossweiler Herrera.

Over time, flow in the Rocha River has decreased. This situation arises frequently around the world in places where increased population and expansion of population centres transform the original landscape to meet the demand for land for housing and resources for human subsistence.

In his new doctoral thesis Benjamin Gossweiler Herrera has evaluated the changes in land use that occurred between 1991 and 2017 in the Rocha River catchment in Cochabamba, Bolivia, and the impacts on water quality and flow in the river. 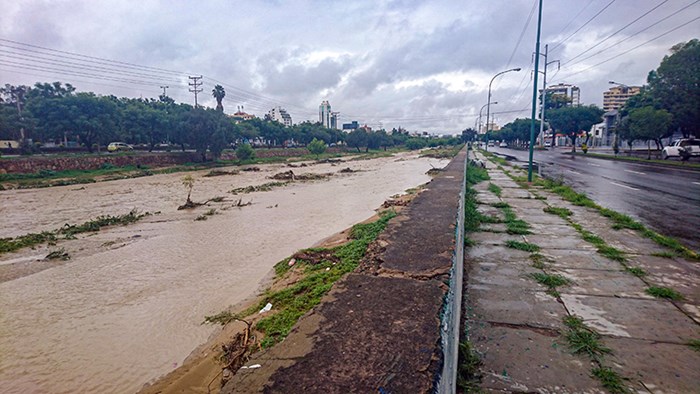 The ongoing degradation of water quality and streamflow in rivers and streams worldwide is mainly due to human action, like here in the Rocha River in Bolivia. Photo: Benjamin Gossweiler Herrera. 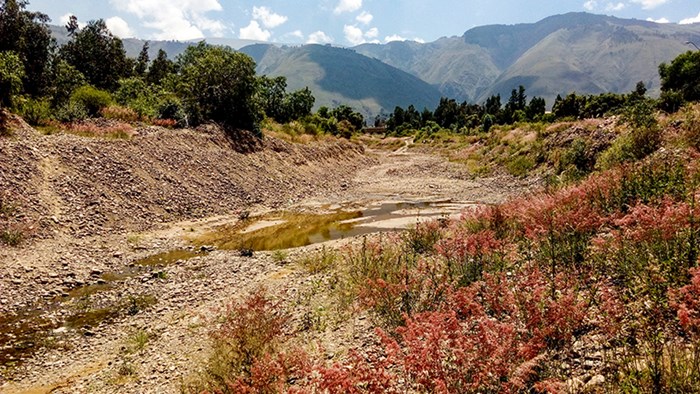 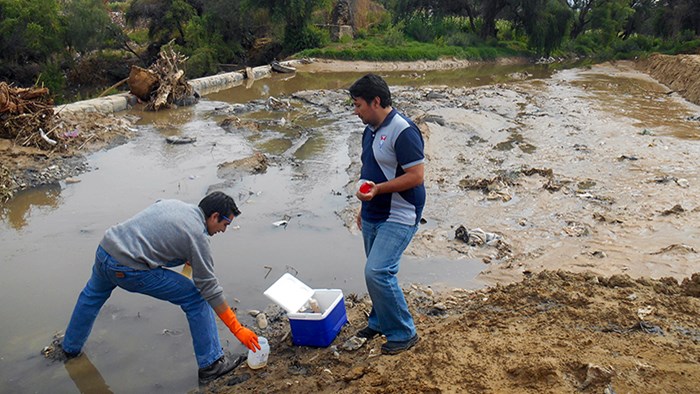 Land use and water quality was assessed

The ways in which land use has changed over time under human influences were identified using satellite imagery analysis, while water quality was measured as a single index based on a larger group of variables. Areas prone to produce pollution were mapped by describing human interactions with catchment characteristics, based on geographical modelling.

– In addition, we developed models to describe streamflow in the river and nutrient dynamics based on different combinations of land use, slope soil and climate conditions over time, says Benjamin.

Human settlements were the main source of pollution

Human settlements in the catchment, which have increased in area over time, were identified as the main sources of pollution generation. The results showed degradation of water quality over time, and from headwaters downstream to the outlet of the catchment.

– While hydrological modelling worked well to successfully described streamflow, it was not as accurate in describing water quality. This means that we need to put in more effort to collect data on water quality in the future. The simulation results confirmed that accumulated nutrients/pollutants have degraded water quality over time and downstream in the Rocha River.

Read the thesis “Impacts of land use change on river streamflow and water quality in a semi-arid catchment. Assessment of catchment under rapid and uncontrolled urbanization”.