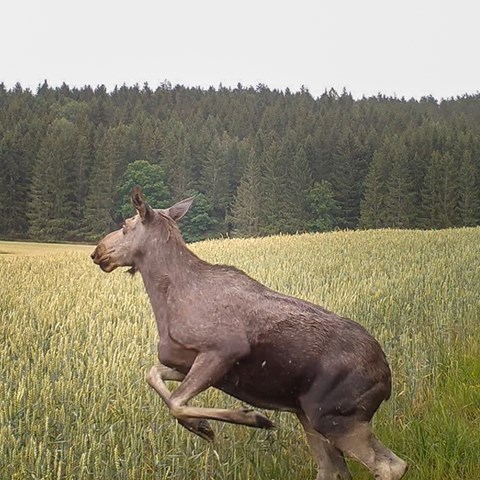 A new study by SLU shows that predator sound playbacks can keep ungulates off crop fields and thus decrease damage on important crops. In collaboration with researchers of Western University, Canada, and the Mammal Research Institute, Poland, the SLU team investigated how fallow deer, moose, roe deer, red deer and wild boar react to predator playbacks, and what potential influence this will have on crop damage. The most effective playback type? Humans.

Ungulates can have a major impact on the landscapes they live in, something that may lead to conflicts due to crop damage on agricultural fields. For long, farmers have used different ways to scare animals off their cropland with varying degrees of success, including the use of sound. This new study tested whether playbacks of predator sounds are more effective than other sounds, and which predator sound is most effective in scaring animals off cropland and reducing crop damage.

- In this study we show that it is possible to steer ungulate behavior, distribution and their impact on important crops by inducing fear via predator playbacks, says Anna Widén, PhD student at the Swedish University of Agricultural Sciences.

The study was performed in Södermanland in south-central Sweden where fallow deer, wild boar, roe deer, moose and red deer occur in the same area. On seven wheat fields in the area, researchers installed sound devices and camera traps and measured the visitation of ungulates and crop damage in front of the cameras.

- We saw that crop damage was much lower in areas where predator playbacks had been broadcasted, indicating that this can be an efficient method to decrease damage during the most sensitive periods of time, says Anna Widén.

To minimize habituation of animals to the sound playbacks, the research team used automated devices with camera traps connected to a speaker that only broadcasted playback sounds when a passing animal triggered the camera trap. These devices were developed by the collaborators of Western University, Canada, who had shown before that such an automated approach leads to less habituation then methods that play sounds continuously. The SLU study is the first to show that these devices can be successfully applied to a human-wildlife conflict setting.

The devices broadcasted four different sounds, three predator playbacks (humans, dogs and wolves) and control sounds of different bird species, in order to investigate to which sounds animals reacted most. Ungulates reacted most strongly to human voices, showing a stronger fleeing response and spending less time in areas when human voices were broadcasted. This finding can be used to make future management tools, using sounds, more effective. The big question is now whether the results can be upscaled as an effective tool in realistic farmland settings.

- We showed a clear reduction of crop damage during the time period and scale of our study. We now need to test if the tool is also effective at the scale of whole fields and for sufficiently long periods. Likely, for the tool to be effective at these scales, the method needs to be applied with other wildlife management practices on a larger landscape scale, such as increasing forage availability in areas where wildlife are allowed to forage undisturbed, says Anna Widén.

The study was financed by the Swedish Environmental Protection Agency and The Swedish Hunting Association. The study was a collaboration with Dr. Liana Zanette and Dr. Michael Clinchy at Western University, London, Ontario, Canada and Dr. Dries Kuijper at the Mammal Research Institute in Bialowieza, Poland. 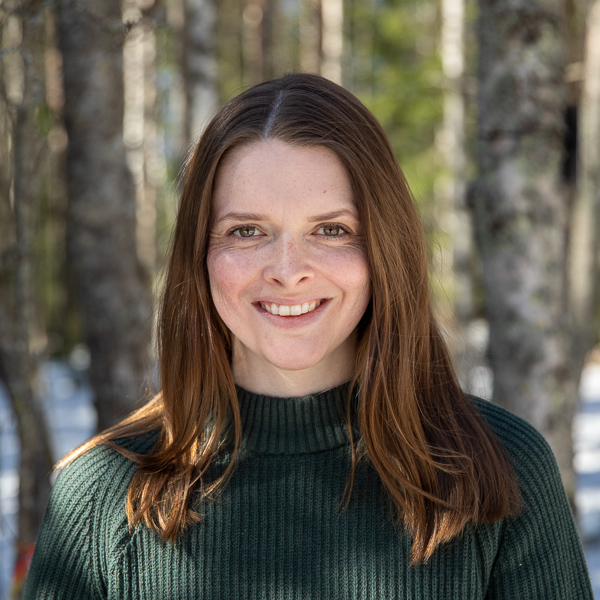